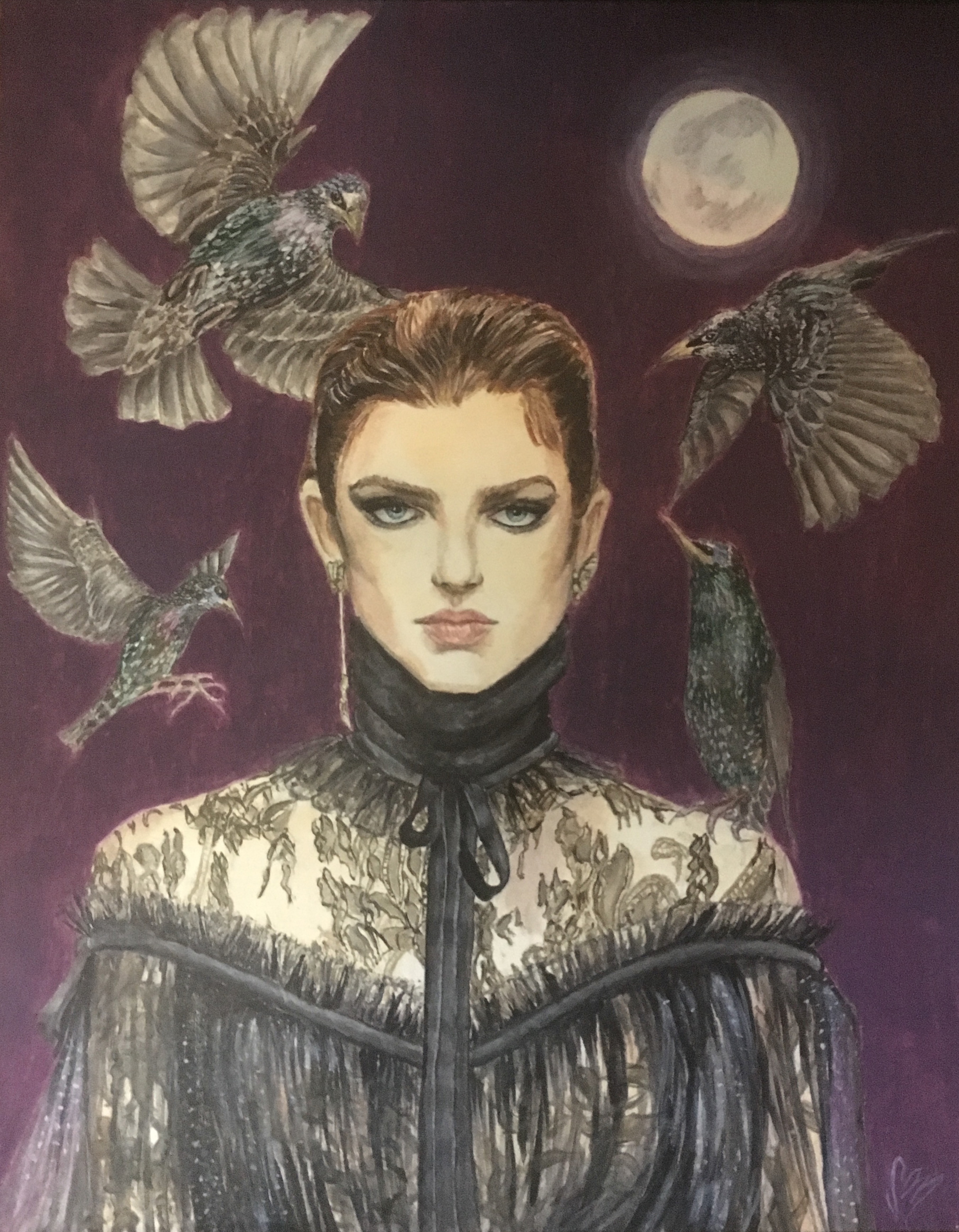 Here is a recent work I’m rather proud of inspired by the new collective of Elie Saab in all its ethereal beauty. Because so many of the dresses this season were in black and jewel tones like purple I tried to incorporate that into this painting with the appearance of the European starlings. (Remind me not to attempt to do any multi-colored birds again soon though — these little guys were more time consuming than you’d think.)

Anyway if I have time I would love to do an Elie Saab inspired series but at the moment I’m just aiming to do one more. I don’t yet have plans for this girl but I’ve been trying to get enough cohesive illustrations together to put together a solo show somewhere. (Wish me luck!)

And to other artists and illustrators who may be reading this I want to mention something that’s really been helping me get work done and that’s getting up at around 5 a.m. each weekday. I generally do my illustrations before getting ready for my day job. I know getting up early is tough — I won’t deny it; bribing myself with coffee is the only way for me to drag myself up before the ass crack of dawn — but you know what, it really is the only way I can think of for a full-time working parent to carve out some time for herself. At night, any parent I know is way too exhausted to be productive in any way. And actually I’m aiming to get up even earlier. I’ve already been setting my alarm for 4 a.m. but in truth I tend to just hit the snooze button until it’s almost an hour later. I’d also probably be even more productive if I gave up my custom of drinking coffee while reading the news, but well… no more than one lifestyle goal at a time for me, thanks.