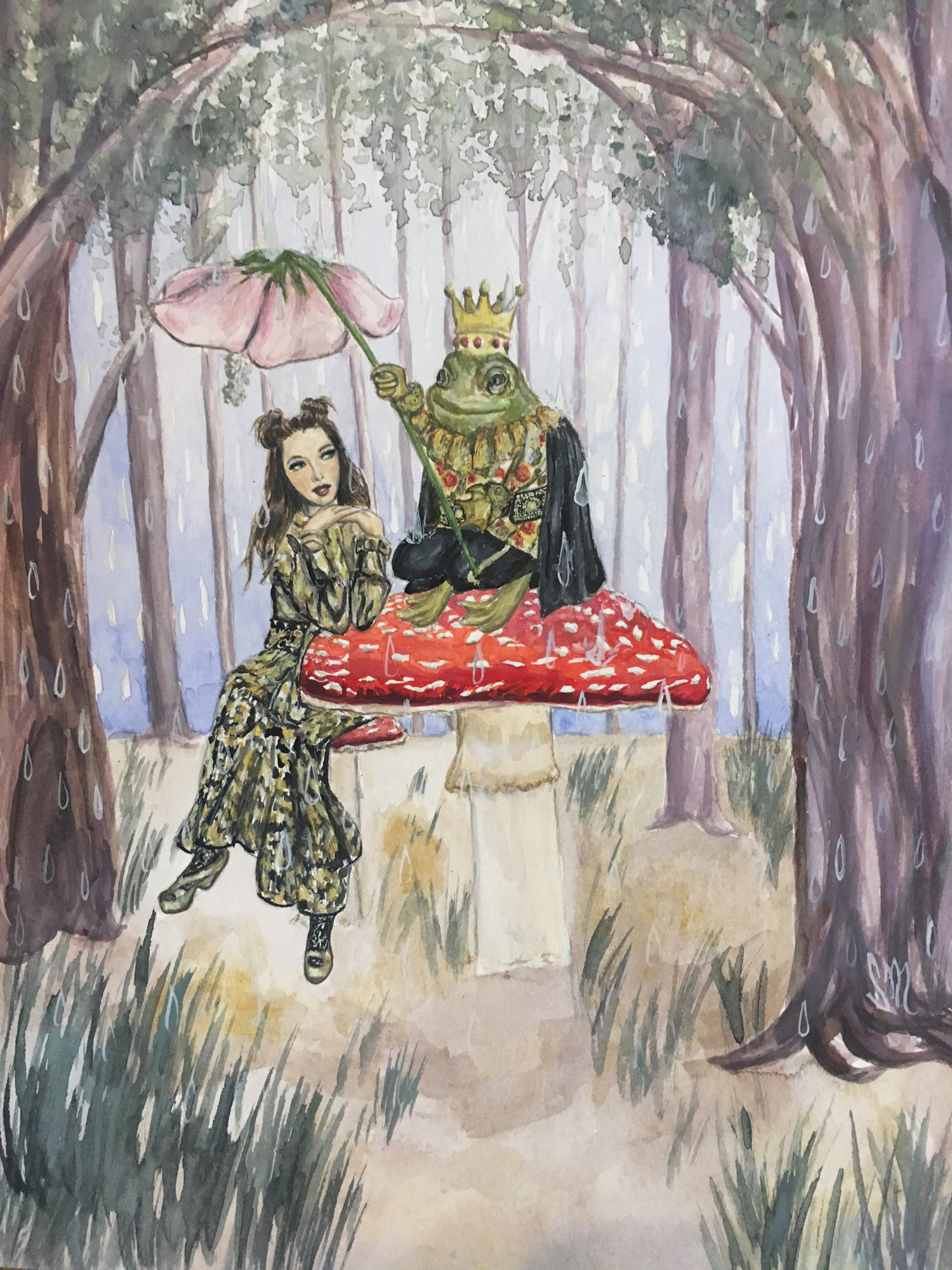 The Princess and the Frog (Inspired by Anna Sui Fall 2017)

When the Disney movie “Beauty and the Beast” came out in 1991, I was already aging out of animated flicks and turned my nose up at it, even as a good friend had it on repeat at home on her VCR. So I surprised myself a little when I admitted, over a quarter century later, that I was looking forward to seeing the new live action film with Emma Watson as Belle. But perhaps I shouldn’t be too surprised. For the past year, I’ve been gravitating towards fairytale and lost on the woods type themes in my fashion illustrations. (See Twelve Dancing Princesses in Chanel, Butterflies and Ballet in Alexander McQueen and a portrait of Lily Collins in Zuhair Murad as examples of this.) And most recently, after admiring the fall 2017 line by Anne Sui, I instinctively wanted to recreate the look in the context of a forest setting inspired by The Princess and The Frog. Because well, sometimes, as we also learned from Beast, appearances can be deceiving.