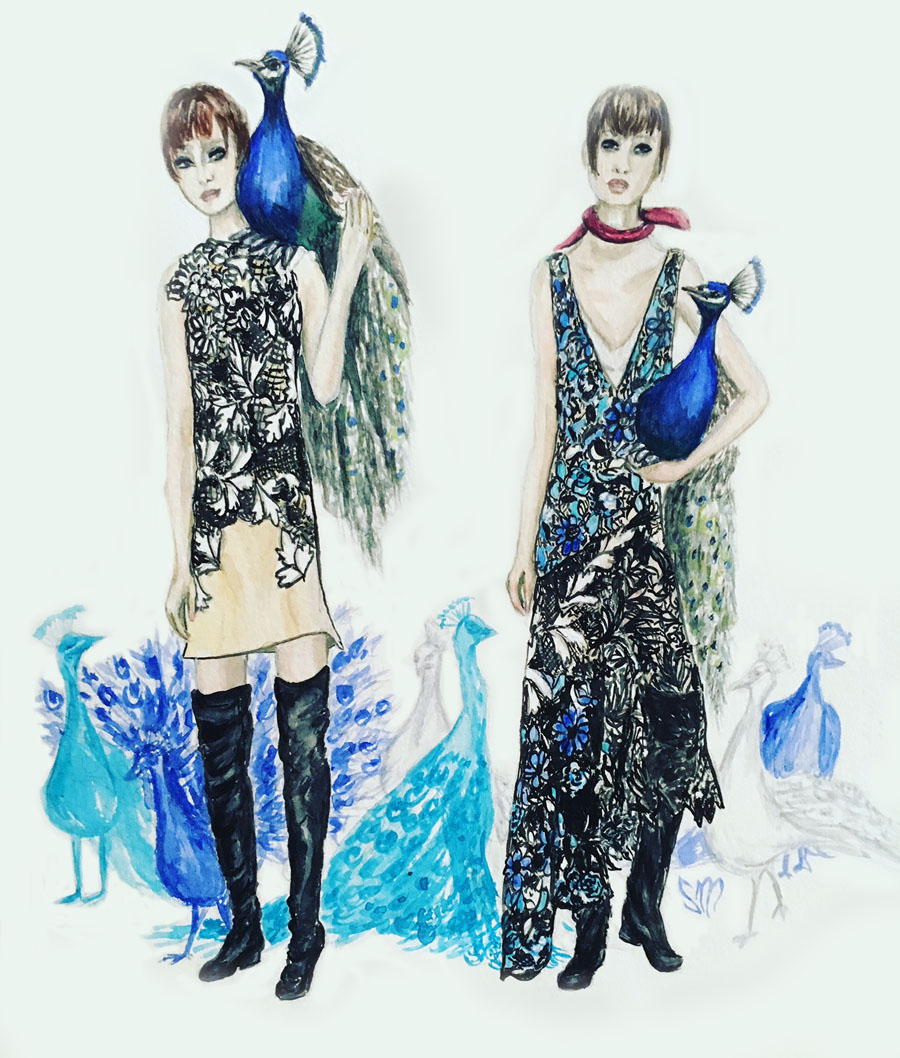 Happy almost spring. I’d been meaning to do some New York Fashion Week illos since, well, Fashion Week, and had started a few. Finally finished one though and here it is, inspired by the beautiful lace dresses seen at Self-Portrait (designed by Han Chung) for Fall 2016.

The different blues in the flowers on some of the dresses made me think of peacocks (not to mention all the peacocking that goes on at Fashion Week) so I added them to the mix, too.

In other art-related news, I’m grateful to say 2016 has started off pretty nicely for me on that front. Since the year began, I’ve had work displayed in two group shows, and I’m doing one more at the National Arts Club in Manhattan later this month. The other two were at LITM in Jersey City (my first time showing anything in Jersey City, where the art will be on display through the month of March) and last month in Visual Aids’ Postcards on the Edge Show in Manhattan. The one coming up at the National Arts Club is running from March 14-26.

Additionally, starting this summer, I’ll be assisting at a monthly painting class held in Bayonne. I’m actually currently a student, since although I’ve been using watercolors for years I’d never used acrylic paints before and wanted to learn. I haven’t posted the pieces I’ve done in class here on the blog yet but who knows, maybe I’ll get less shy about them as I get more experienced.

But enough about me. I actually want to give a shout-out to my husband, who saw that I was getting a little obsessed over the illustration featured here and actually took our daughter out for a few hours while running errands just so I could finish it. #Whattaguy.