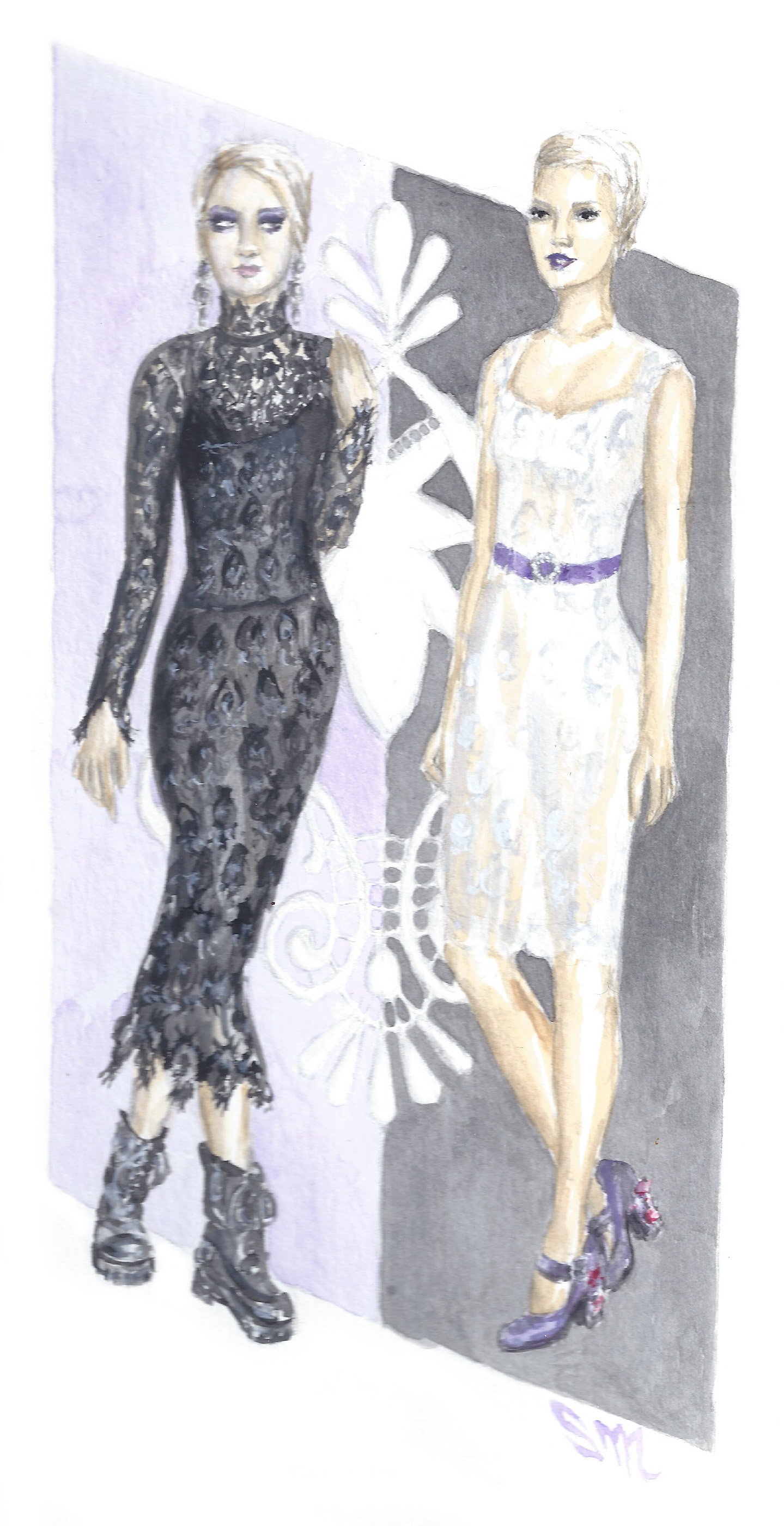 Happy Friday, everyone. It’s been a while since I posted a new illustration so I’m happy to do that now. I actually started working on the sketch for this illo, inspired by lace Dolce and Gabbana dresses, over a month ago, but I didn’t get to paint it until this week, so please forgive that I forgot where these beauties were being sold. I checked a few of the top luxury retailers’ websites but they seem to be gone at least as of this week, to make room for all the new looks for spring. I however think lace is wearable any time of year and Dolce and Gabbana really has a gift when it comes to beautiful, intricate lace patterns.

In other news, I’m happy to have learned that my illustration, The Butterfly Cage, is going to be featured at the National Arts Club for a group show later this month. (February 23-27.) I’ve participated in this annual show, organized by the Gramercy Neighborhood Associates, twice in the past, and there is always some serious talent there so if you’re in NYC, I definitely recommend you go. There are usually 70-80 paintings featured in three adjoining gallery rooms at the club, which is located at 15 Gramercy Park South.

I also learned this week that an illustration of mine that was recently featured in the show Postcards on the Edge sold on the first day of the exhibit. I’m so happy it stood out among nearly 1600 other pieces, and more importantly, that it raised money for a good cause.

So yeah, even though I’m trying to recover from a miserable cold, I can still say it was a pretty good week! Anyway, happy (almost) Valentine’s Day and happy New York Fashion Week to those of us who find it way more interesting than NBA All-Stars Week.