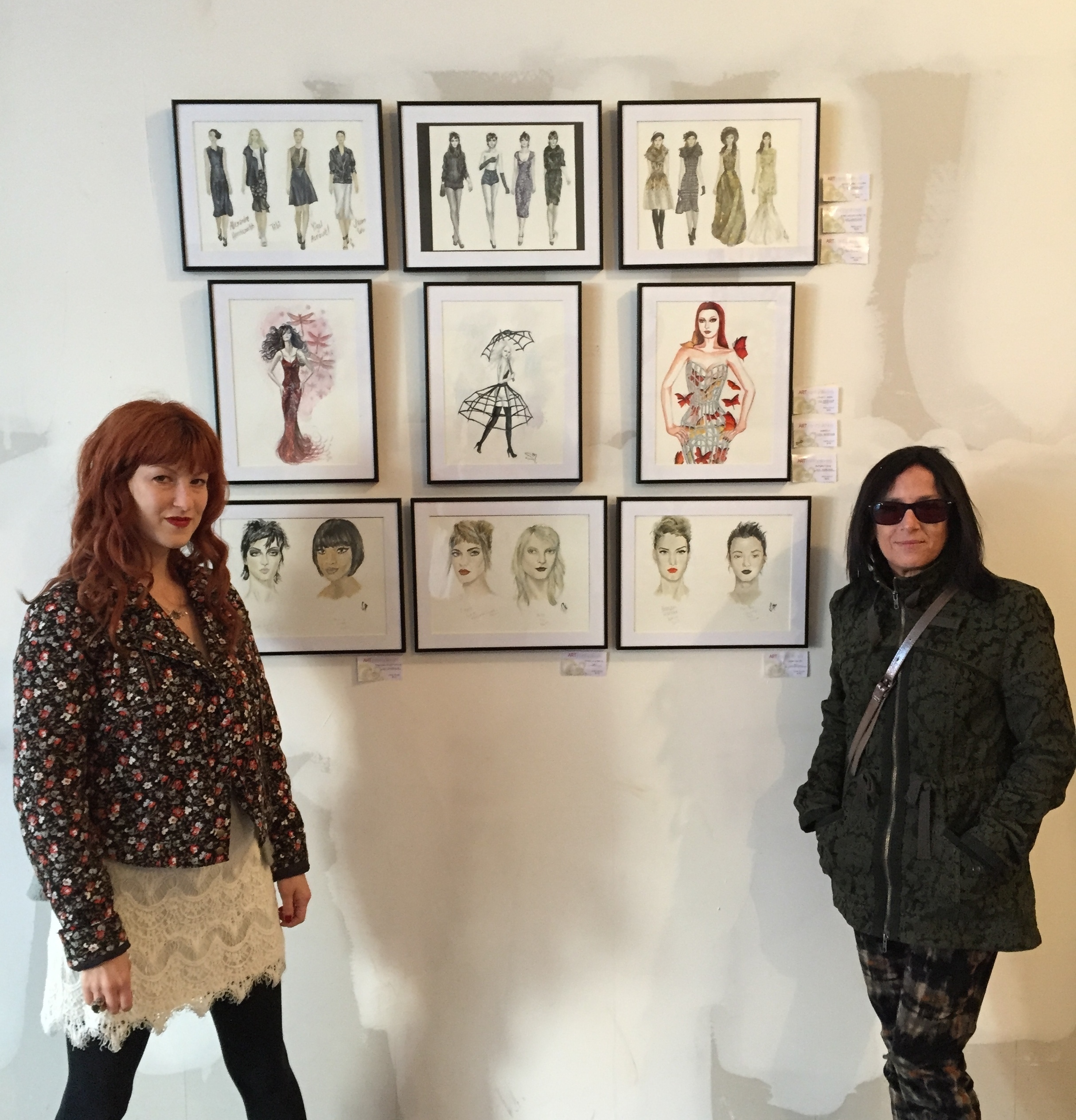 I’ll keep this post short and sweet since I’m dealing with a miserable cold but the ArtFront Galleries show I posted about the other week opened yesterday. It was supposed to be sooner, but was delayed due some permit issues relating to the fact that it’s a pop-up in a former furniture store. So, better late than never. Despite the suddenly cold weather, there was decent turnout and one of my pieces, Umbrella, sold. Kudos to photographer and organizer Timothy Dingman for making it happen in the face of Newark’s bureaucracy.

Anyway, here are a few pics from the show of (above) 1) me by my work and my mom who came all the way from Brooklyn, and (below) some of the other featured works by 2) painter Beck Lane and 3) painters Eve Be and Rafael Cuello and 4) black and white photos by Timothy Dingman. I was the only illustrator. There were 12 other artists, mostly painters, and the work will remain on view until the end of the month.

Bottom photo courtesy of ArtFront Galleries, top photo by Susan O’Rourke, others by me