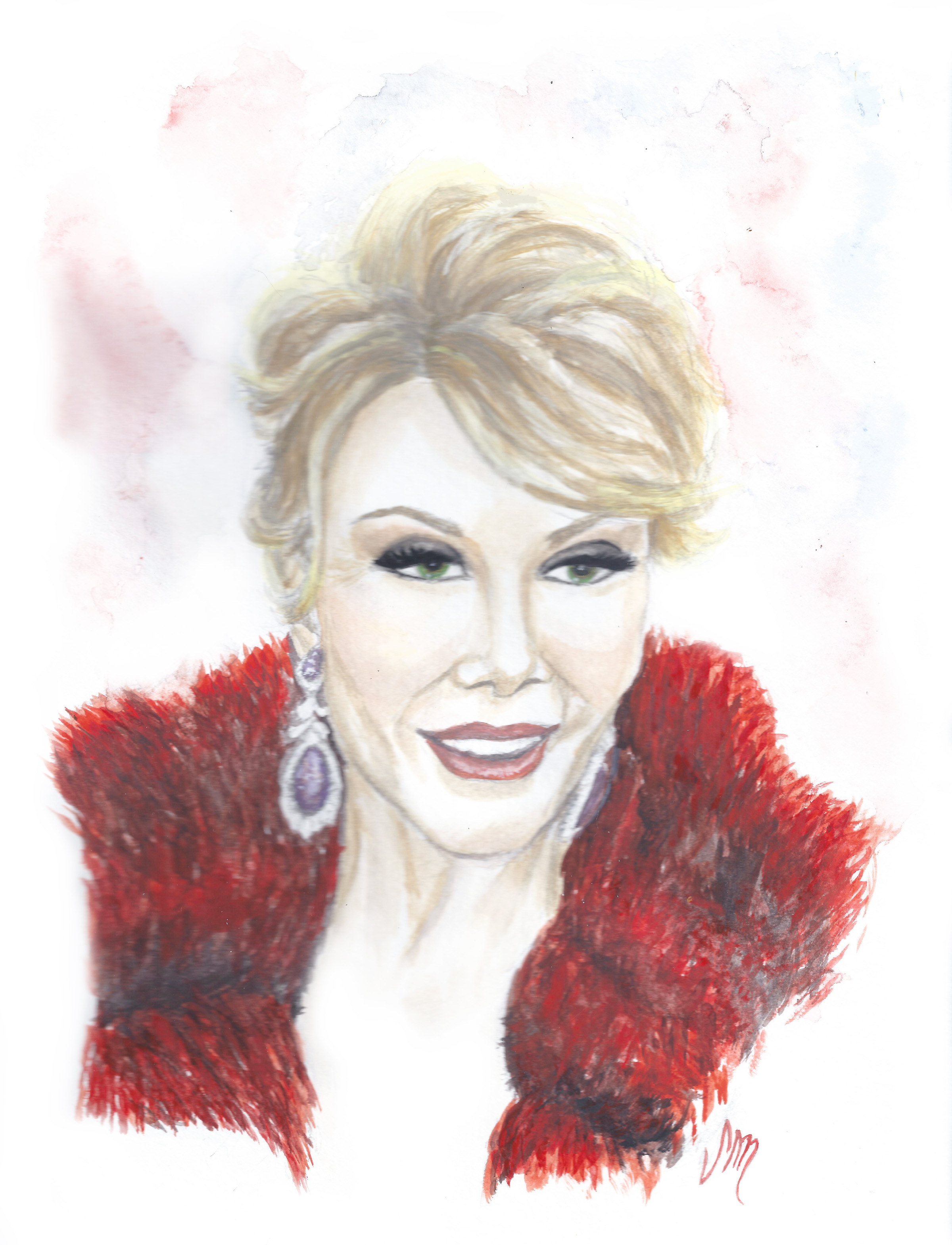 Like many others, I was devastated this week to learn of the untimely death of comedian Joan Rivers. Even at 81, she seemed to be in great shape, having worked her magic on stage just a few days before she stopped breathing during what was supposed to be minor throat surgery.

I’ve always been a fan of her brash, no-filters sense of humor and was privileged to once sit in the audience of her daytime talk show when it was on the air. I was just 13 so this was a good 22 years ago. She was hilarious, though, joking with the audience even before going on the air. And I’ve followed her career ever since. I especially love how she she turned a red carpet awards show (normally a snoozefest of celebrities getting their heinies kissed by presenters and interviewers) into “Fashion Police,” an event where the jokes were actually funny. And this is all the more impressive considering she couldn’t have thought of many of those quips until seeing her fashion-challenged targets right then and there. She was also a pretty good sport about being made of herself, so you have to respect that she took it as well as dished it.

I have to admit, I never really thought about (until all the recent news stories) all the barriers she barreled straight through to take her rightful place in the world of standup and late night TV. Rest in peace, Joan. You were even more of a legend than you knew.

And of course you know I had to do a portrait. My husband, seeing me at work on it yesterday, commented that I was obsessed. Hey, I won’t deny it. I was determined to preserve the spirit of this beautiful person, even if it’s in this small way.