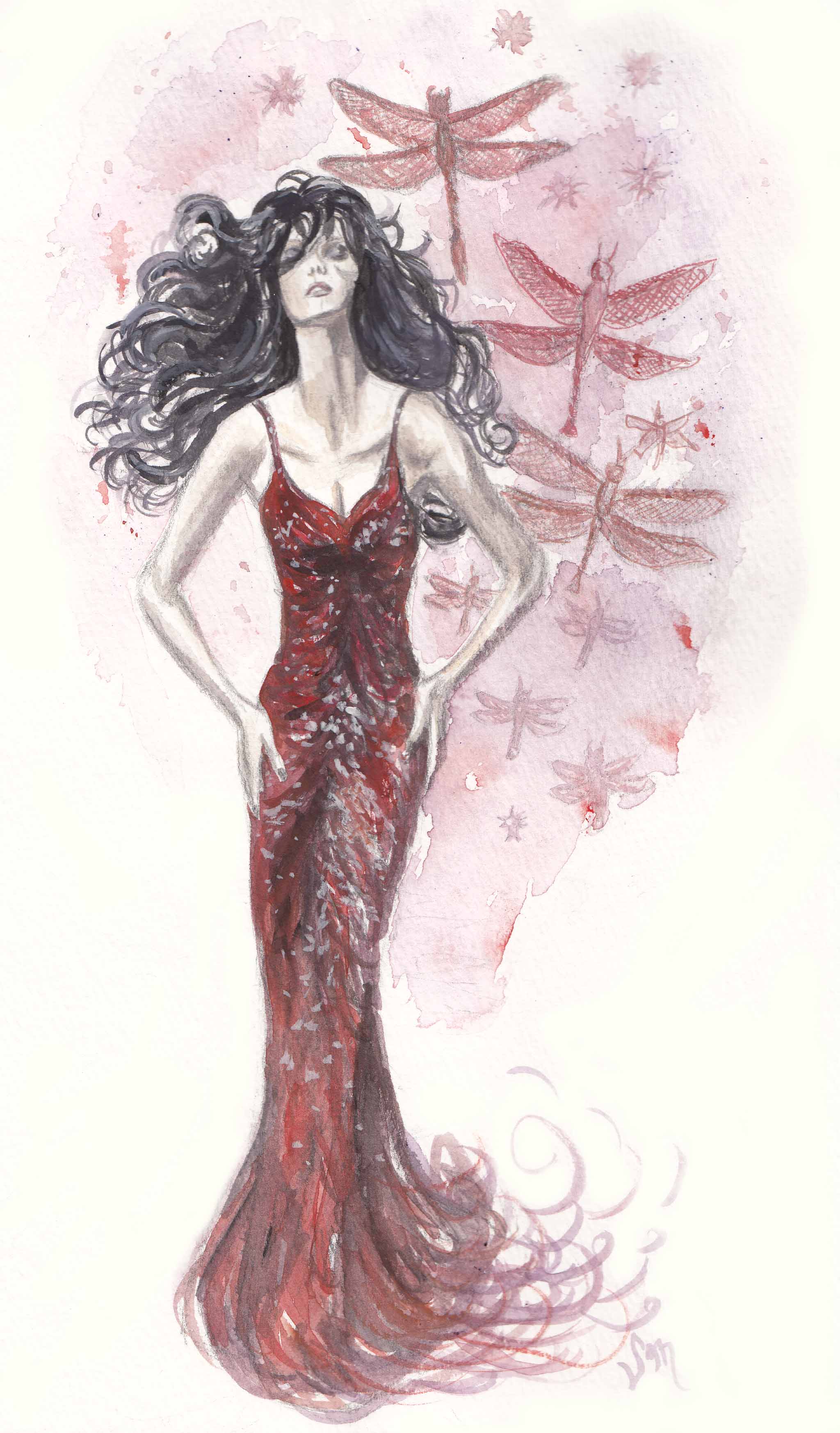 In Memoriam: The Lovely L’Wren Scott

This illustration is something I meant to post a lot sooner since I started it after learning about the tragic suicide of one of my favorite designers, L’Wren Scott. But having a newborn in the house has meant that I have a number of illos that are lying around unfinished. But now at least this one, which was very important to me personally to complete, is done, and perhaps fittingly, on the week of Scott’s memorial.

For those unfamiliar with her work, L’Wren Scott, the longtime girlfriend of Mick Jagger, was a success in her own right, designing dresses and gowns that radiated femininity and glamour. Fans of her work included Nicole Kidman and Penelope Cruz. I especially loved her romantic, almost goth-looking line from 2012 and was of course moved to illustrate a few of the pieces.

Naturally, I was shocked and saddened when she chose to take her own life. News stories indicated she was millions in debt and that she’d split up with Jagger, and it’s awful to think she may have thought it was better to be dead than be seen as a failure. Personally, even if she was having financial problems I couldn’t have thought of her as anything less than an incredibly talented woman who lived her life elegantly. Her personal style always made me want to put more effort into my own, to be sexy and beautiful, even if there was no occasion. In other words, she was an inspiration and she will be missed.

For this portrait, I based the pose and outfit on a photo of L’Wren published in Harper’s Bazaar and I chose dragonflies to accent the piece since they reminded me of the designer with their long and elegant bodies. I’d also like to think she’s earned her wings.

And here’s the illustration in black and white. When scanning it, it appeared that way before I changed the settings, and I just thought it looked striking that way.