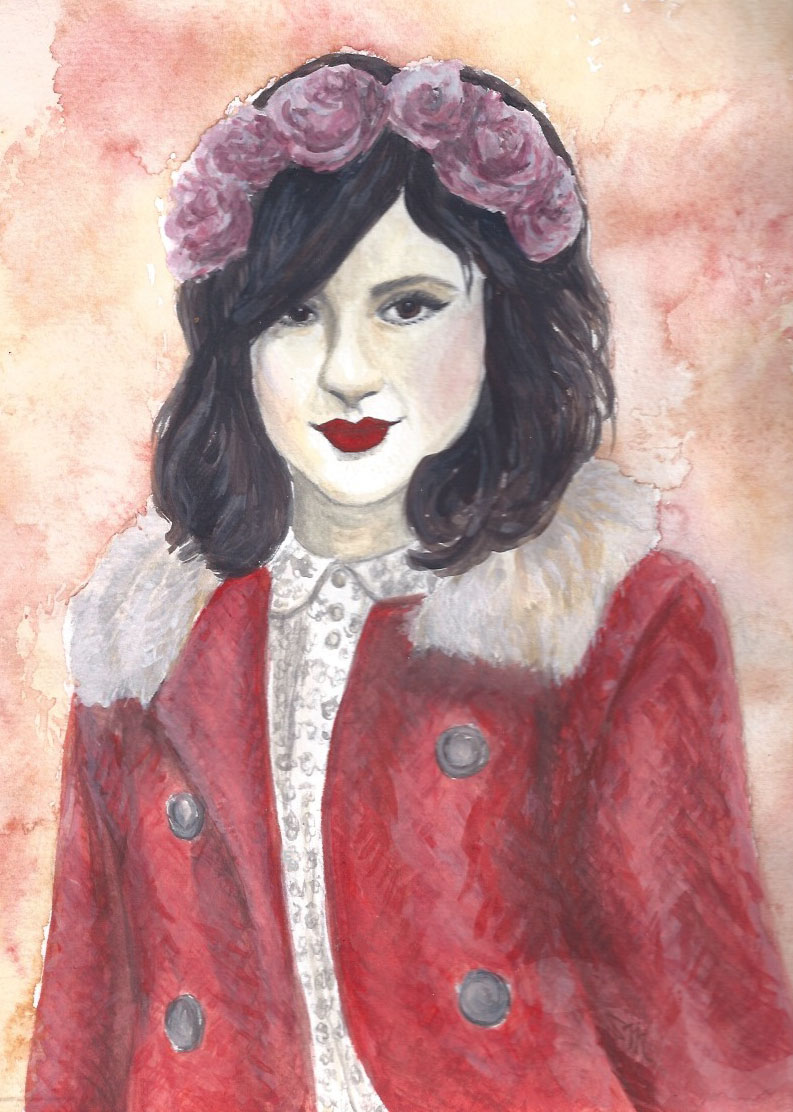 To give a little background to those who don’t live in or near the New York City area, earlier this week the city was frozen in what’s been dubbed “the polar vortex.” As you might imagine, record-breaking, singe digit temperatures made it difficult to think about anything but keeping warm or at least just not getting frostbite. Fortunately, by the the middle of the week, the city returned to its normal weather patterns for this time of year. Freezing and on Thursday and Friday close to it. So… whoo-hoo! Looking cute while bundled up instead of like a walking sleeping bag was once again an option.

And in my opinion, the most chic winter look was the one I spotted on local fashion blogger Bonnie Barton. As pictured here, Bonnie’s wearing an orange coat with a fur collar (thrifted!) and is still giving a nod to the spring season to come by forgoing a hat and instead donning a floral crown.

Those who follow this blog may recall another illustration I did of Bonnie based on her fab styling of three different little white dresses. I’m a big fan of her girlie, vintage-inspired style so I’ve been following her blog, Flashes of Style, a while now. If you haven’t seen it, I recommend checking it out.