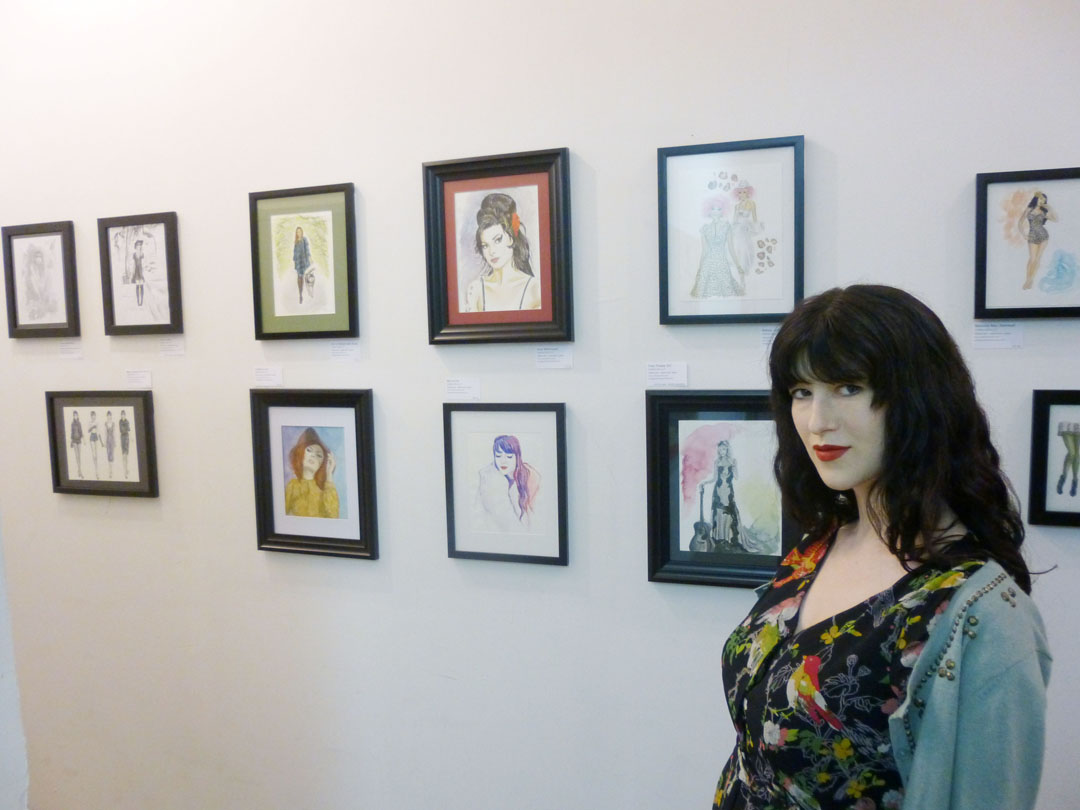 So the past couple of weeks have been kind of insane. Though technically it was two weeks ago when the huz and I moved to a new place, we still haven’t technically moved in yet since the apartment is currently being renovated. Instead we’ve been living out of a couple of suitcases at his mother’s. Naturally, my art supplies were all packed up so I had to hunt around for them in a mountain of boxes the other day. It was necessary though since my latest illo — a watercolor kitty — had to be completed this week.

I was commissioned to paint something with a focus on animals and even though I normally almost always draw girls in cute outfits, I actually had a lot of fun with that little guy and may do animal watercolors more just because. (I can’t post it yet since I still haven’t unpacked my scanner.)

In other news, the Hoboken Artists Studio Tour I mentioned in my last post seemed to be a really well-attended event and over the weekend, I met some truly talented artists who have studio space there. Thanks again to Proto Gallery and Project Studios for the opportunity and thanks to those who stopped by to support local artists, including me.