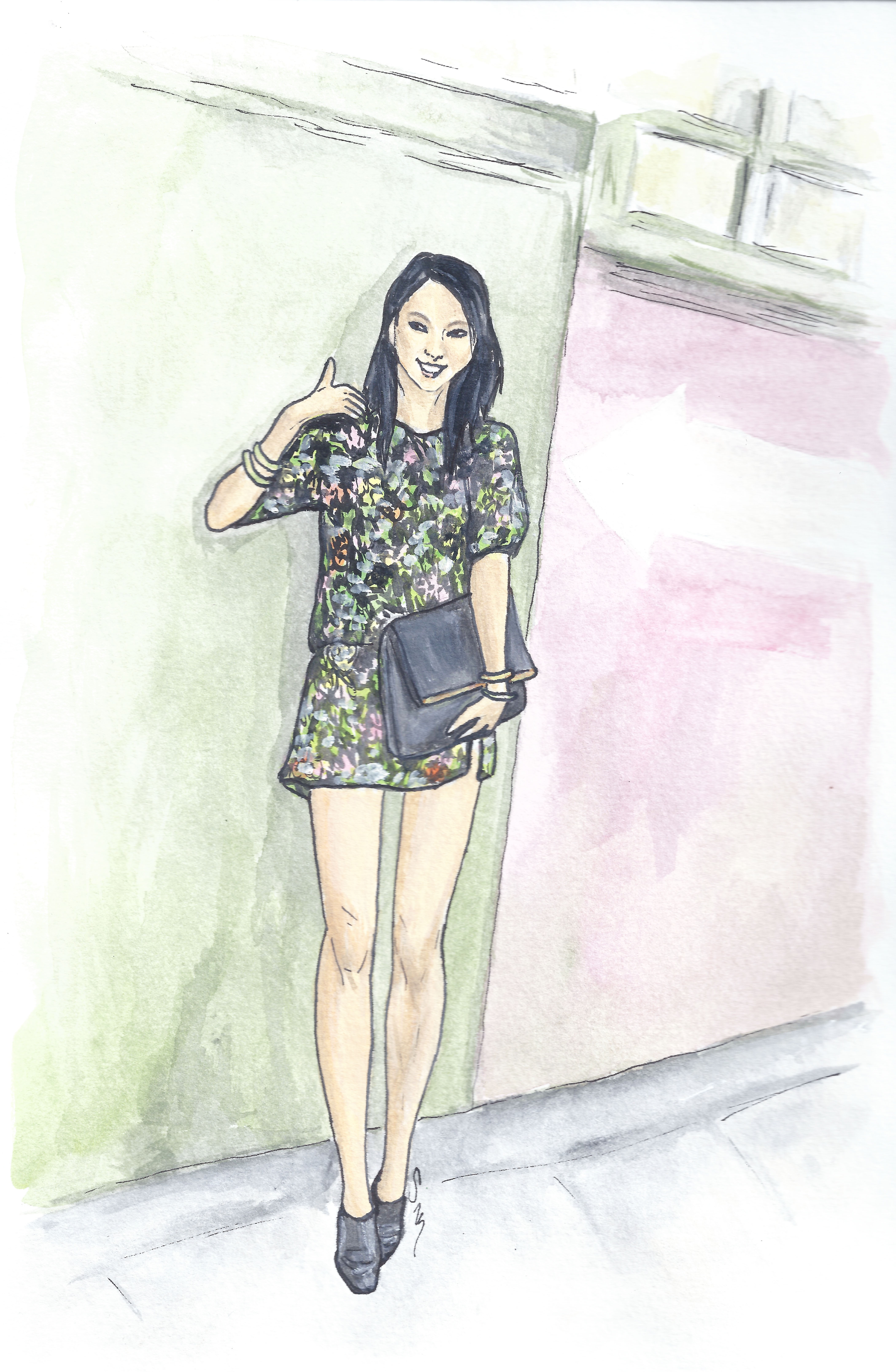 I’ve been reading Lucky magazine since its debut in 2000, and I don’t think I’ve ever missed an issue. I’m not a huge media gossip follower though so I didn’t even know about its new editor-in-chief, Eva Chen, coming on board until I opened the September issue.

The Vogue influence definitely shows in Chen’s first issue. Pretty much all the looks throughout the pages are way more luxurious than what Lucky’s showcased in the past, and gone is a feature I never paid any attention to anyway (the “text to buy” contact details under each piece of clothing and accessory). I’m glad about this, since unlike when you’re surfing the web, when you’re reading a magazine, even if you want to buy an item, you’re not going to stop reading just so you can shop right away. Magazine reading is about losing yourself in articles and pictures, and I don’t believe they should also function as catalogues. (No, not even a magazine devoted to shopping.) However, I do hope that the magazine continues to feature fashion spreads that have at least some items that are priced within the realm of reality as they have in the past. (Hey, I can’t put my “yes” and “maybe” stickers on pages where every dress is labeled “price upon request.”)

Back to Chen, though, I wish her all the best at Lucky; I definitely enjoyed the September issue, which includes many interviews with stylish people you may or may not have heard of, but whose blogs you’ll want to check out and a few you have definitely heard of like Blake Lively, the cover girl, and Katie Holmes. Chen is also no slouch herself in the personal style department, and posts pictures of some of her outfits as well as her nail art on her Instagram.

She also has a (now less active) Tumblr, which is where I found the photo I based this illustration on. I just love her mini dress and booties, don’t you? I like the arrow on the wall, too, which as she noted in her post, can’t help but make one think of those “I’m with stupid” t-shirts from the 80s. Not that one of those shirts would ever be featured in Lucky under Chen’s watch. But then again with the magazine going in a different direction… who knows?