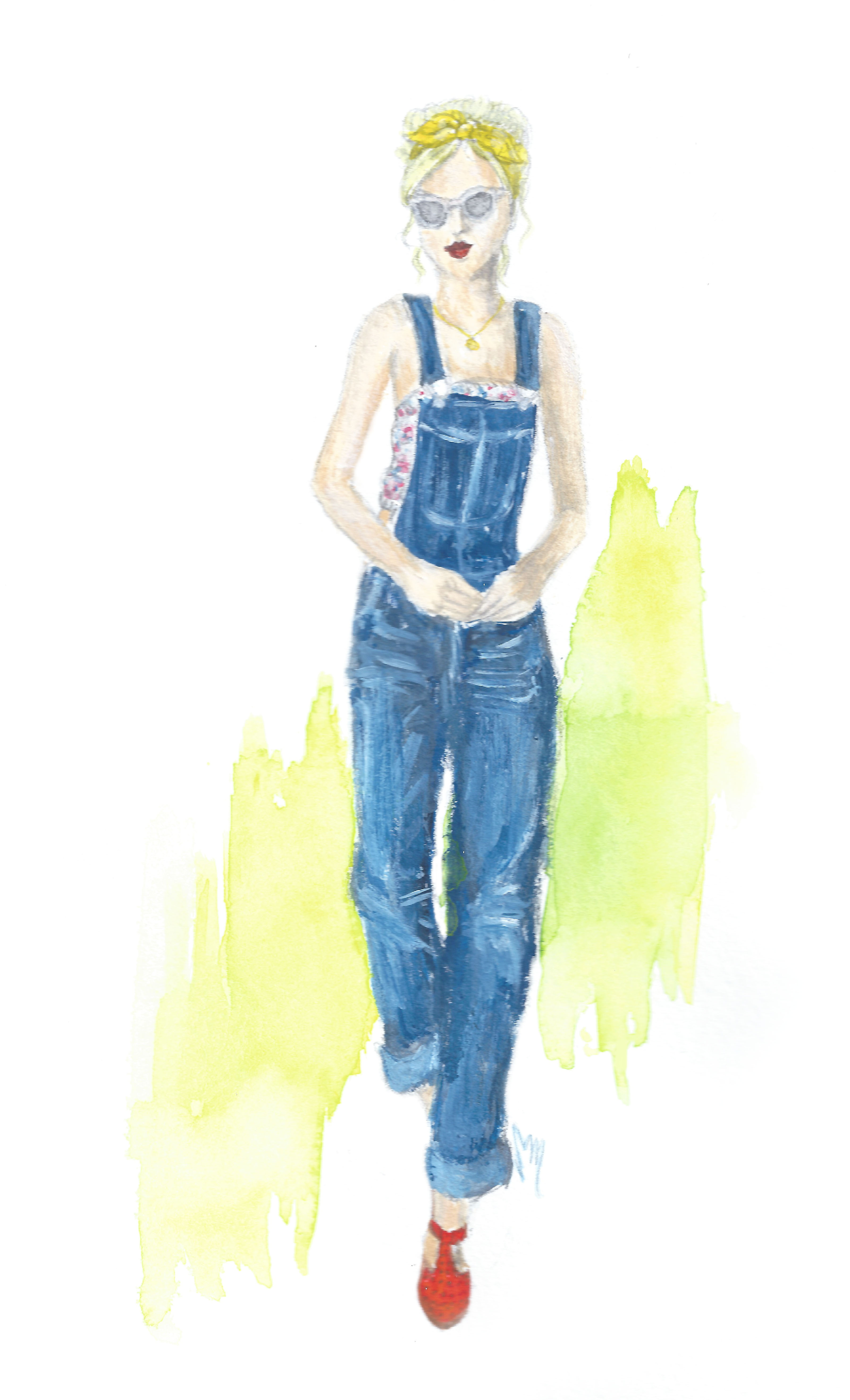 Overalls Trend: Can the Farm Girl Look be Chic?

While I sometimes might try to ignore a seemingly fleeting trend (mustache accessories, I’m talking to you), other times I’m too curious, even if not excited about trying to pull the look off myself, to at least want to know how or why it works… for some.

A good example of this is the trend of denim overalls for grown women. The last time I wore overalls was in the early 90s. The one-piece denim look had a moment briefly then as well, in some cases being worn backwards (thanks for that, Kriss Kross), but I felt the look was so unflattering, even worn correctly, that I probably left the house in my sad pair a grand total of once. And the last time I attempted to pull off the look before that, well, I’m pretty sure the label was OshKosh B’Gosh.

But in fashion, everything is cyclic, and so overalls are once again getting plenty of love from fashion bloggers and other stylish individuals who always seem to know how to turn everyday denim into something you’d want to wear on a date or a party. So far, the general consensus when wearing overalls seems to be to play up an all American vibe with comfy shoes or boots made for walking and then add feminine touches like a sexy top and retro red lips. Very casual bombshell.

Still, I don’t know if I’d ever attempt this look myself — somehow I’d feel inauthentic, since I’m not planning to take any hay rides around a barn or even trips to a rooftop garden to plant kale. But I admit to being somewhat intrigued. Anyone else have an opinion on the overalls trend?