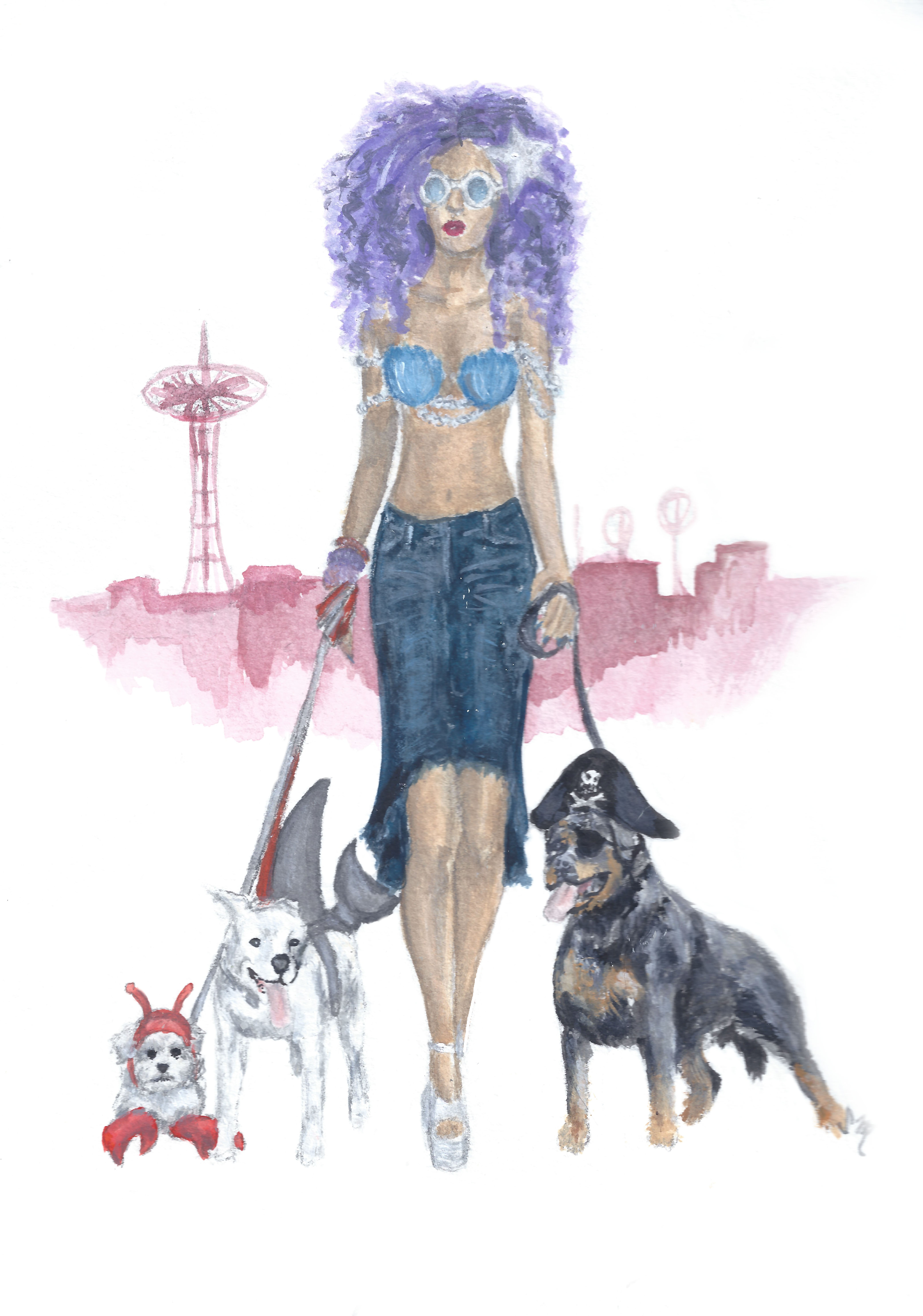 If you’re from Brooklyn, like I am, then you know there is no bigger or more fun hometown tradition than the Coney Island Mermaid Parade. Yesterday on June 22, 2013, it took place for the 31st time, after the organizers, Coney Island USA, were able to crowdsource the money. (Their beautiful Sideshow on the Seashore building had suffered serious damage as a result of Hurricane Sandy and there were fears the parade wouldn’t be able to happen this year.) Although I didn’t attend yesterday since I had other plans, I’m glad the show was able to go on.

If you’re not familiar with this event, it’s hugely popular with locals and tourists, especially now that the amusement area has been revamped. Pretty much everyone, whether they’re marching or spectators gets dressed up for the occasion as something with an aquatic theme: Mermaid, pirate, sailor, shrimp, lobster, eel, jellyfish, you name it. Most people don’t buy costumes though. They either make them by designing something really cool or just pulling together stuff they have in the house that morning like fishnet stockings, a string of pearls, a blue shower curtain for a cape and plenty of glitter… just because.

I can’t how many times I’ve gone, starting when my mom would take me and my brother when we were kids.

Anyway, today’s featured illustration is my tribute to the Mermaid Parade and its over the top, yet accessible kind of fun and glamour. I couldn’t stop smiling when I painted the lobster claws on the little doggie! Prints are available, too.