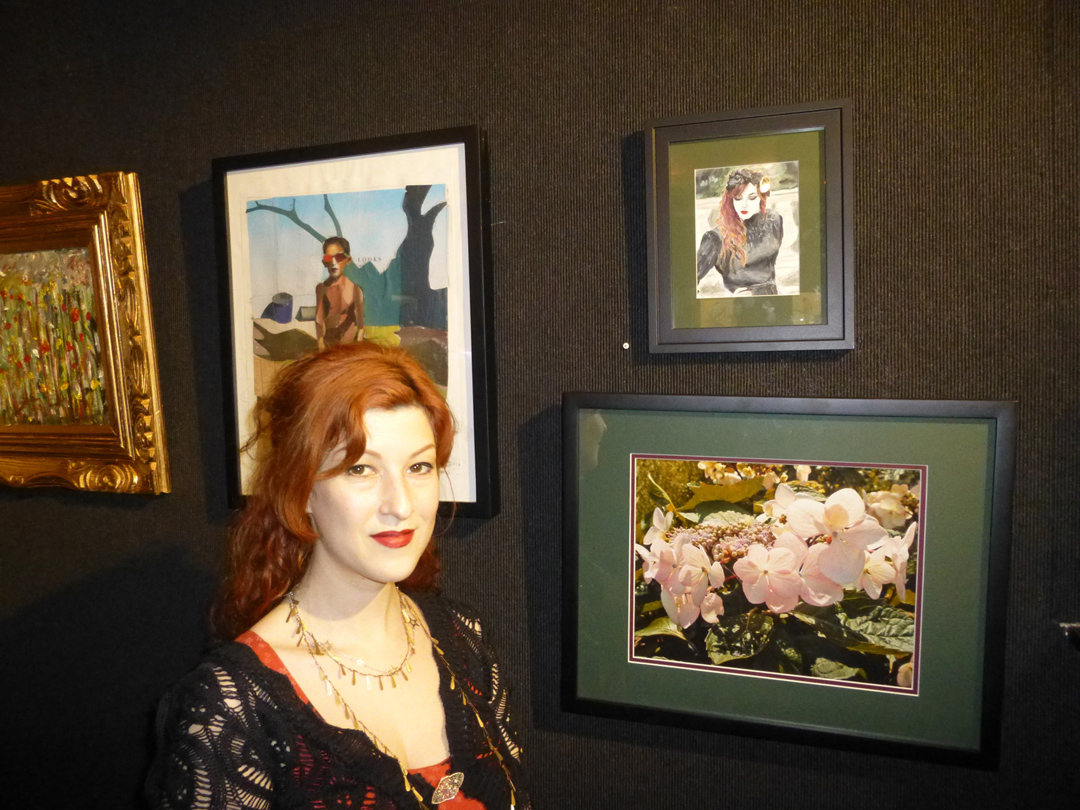 Me by my painting

Those of you who read this blog may recall that I posted last week how one of my pieces was selected for a group art show at the National Arts Club. Well, I later found out that the opening for the show, an annual event held by a group called the Gramercy Neighborhood Associates, had a record turnout at the reception on Tuesday. There were over 400 people (which the organizers learned because there were at least that many people who’d checked their coats!). I can’t say I’m surprised though; there was clearly a lot of talent in that place, which showcased over 80 works by almost as many artists. My painting, a portrait of French fashion blogger Louise Ebel, ended up selling midway through the reception, though it remained on view until today.

Anyway I took a few photos for Town & Village, a couple of which (below) were published in the paper on Thursday.

The crowd at the reception Two of the organizers, Antonella Napolitano, GNA board member and Alan Krevis, GNA president
← Prev Next →