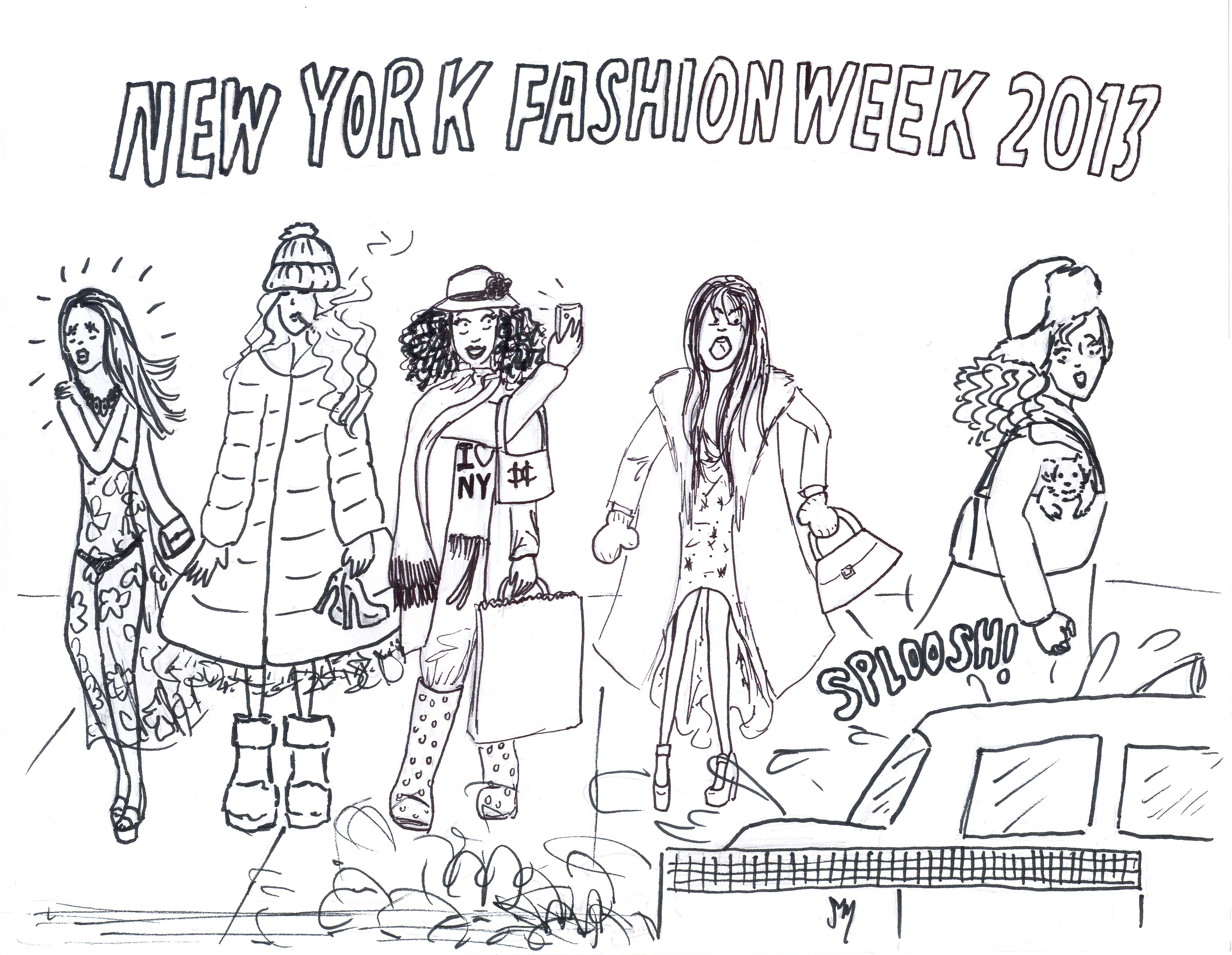 Those who live in the NYC area know that this past week, some of the bigger plans for New York Fashion Week 2013  (including Marc Jacobs’ show!) were derailed by a nor’easter by the name of Nemo. I therefore spent some time these past seven days amusing myself with all the mixed reports of fashionazis (er, make that fashionistas) refusing to give in the fact that it’s February after a blizzard by defiantly wearing stiletto sandals and other forms of stripper-esque footwear (clear heels are back apparently) on the slushy streets. Others, however, decided to forgo fashion in the name of not getting frostbite and wore snowboots and wellies, even to Lincoln Center runway shows.  While I haven’t been to any of the shows personally, I doubt I would do either thing if I did. Haven’t any of these people ever invested in a  killer pair of boots?  Well, anyway, pictured above is a quickie sketch of what I imagine a street near any given runway show must look. Hope everyone got a chance to enjoy the snow before it turned yellow , gray and otherwise gross.