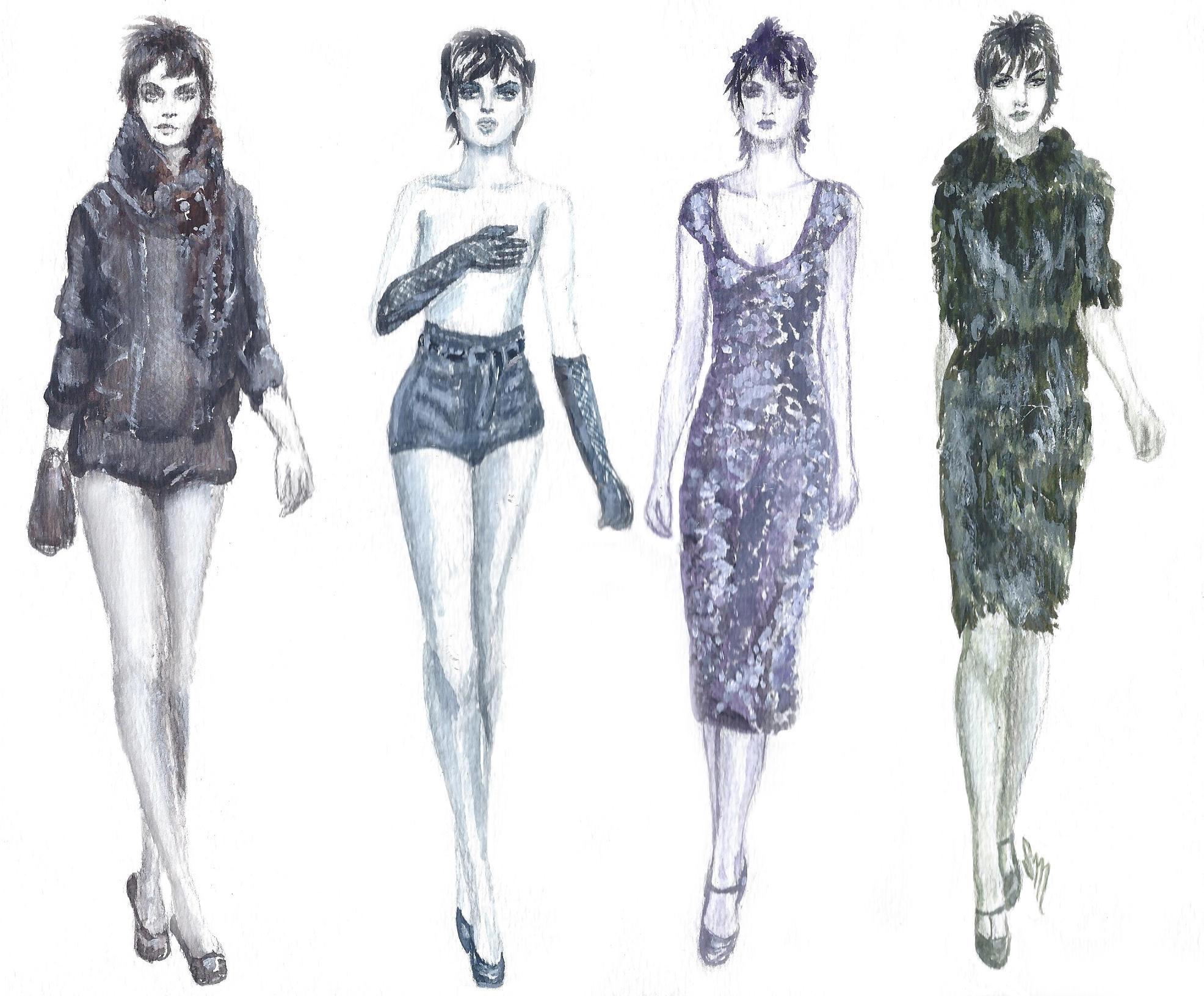 At this year’s NYFW, Marc Jacobs didn’t disappoint with a catwalk full of 1940s-era glam, from pencil skirts to fur stoles to even a few menswear inspired pieces. The clothes in many cases were Dita Von Teese-esque, that is to say covered up old Hollywood sexy, and in some cases with modern updates like a wiggle dress made entire of black fur. There were also other fur dresses and fur pieces that had a more 1960s-reminiscent A line shape. There was also some pinstripe action going on in the form of boxy blazers and high-waisted short shorts.

The only downside to all this beauty (for me) was not having the time to capture each look—there were dozens! However, I ended up choosing four from photos I saw on style.com that I thought reflected the overall mood of the collection.

Perhaps even more than the clothes, what’s also gotten a lot of attention so far is the makeup worn by the models—smokey eyes, understated lips and the short Joan Jett wigs worn by each of them. Frankly I was impressed how well such a badass haircut went with the sparkly evening gowns. Seriously tempted to cut my hair!