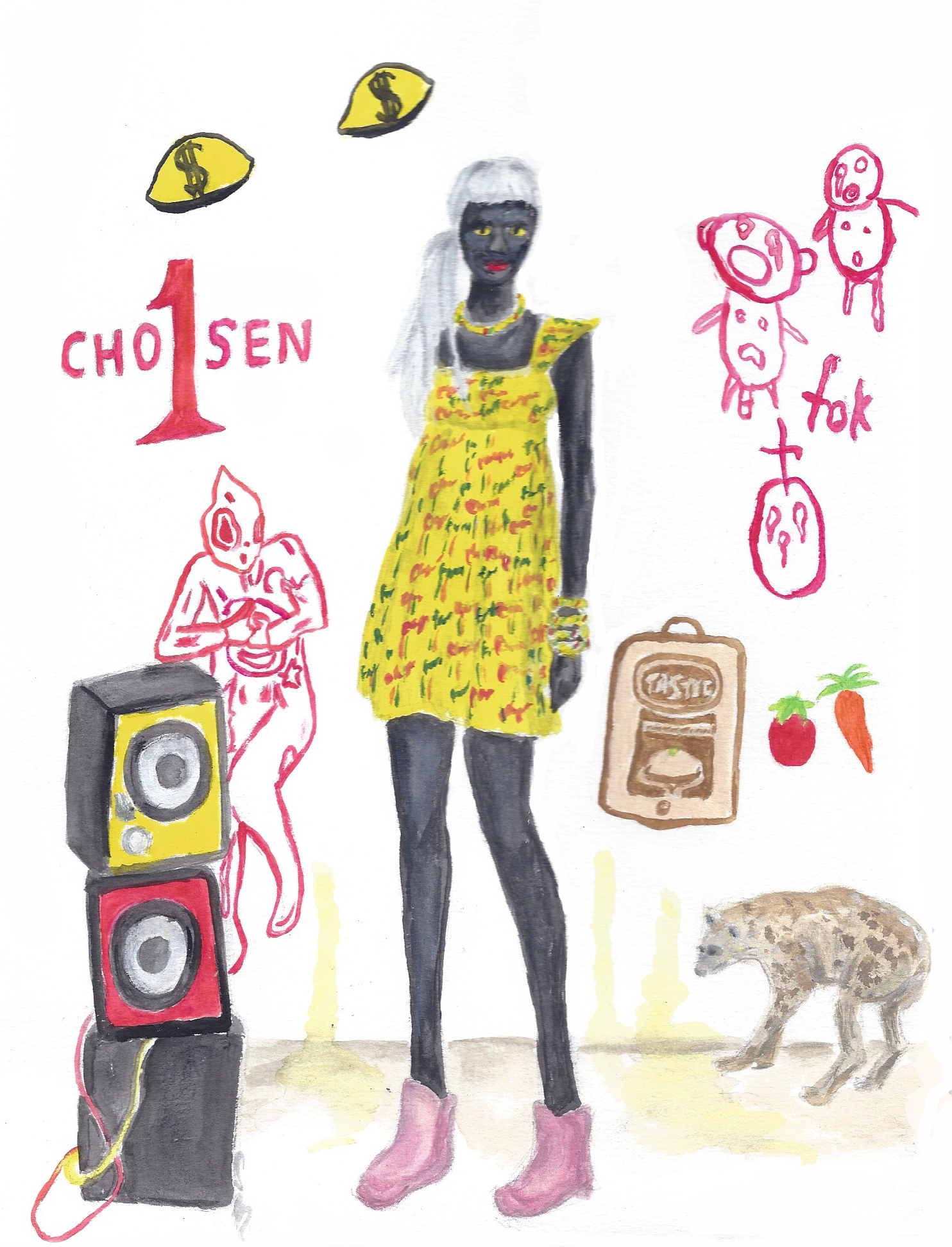 It was only this week that I discovered the South African dance/rap group Die Antwoord. My husband showed me their latest video, the hilarious and in-your-face “Fatty Boom Boom,”  which has gone viral on Youtube. The video, if you haven’t seen it, pokes fun at Lady Gaga, who recently asked Die Antwoord to be her opening act. (They declined.) It also shows the group’s singer, the diminutive Yolandi Visser in blackface. Naturally this has outraged a lot of people who feel it’s racist, but the band denies this, dismissing their offense over blackface as an American hangup, not an African one. I wouldn’t know, since I live in the U.S., but I have to say Die Antwoord seem more like a political band than one just aiming for shock value with its messages. Plus I can’t help but admire anyone with the chutzpah to rap in blackface and whiteface (they do both in this video) while singing about how other rappers today “all sound the same.”

So without further ado, here’s my latest fashion illustration inspired by Yolandi in “Fatty Boom Boom” with the background images also inspired by scenes in the video of South African streets.