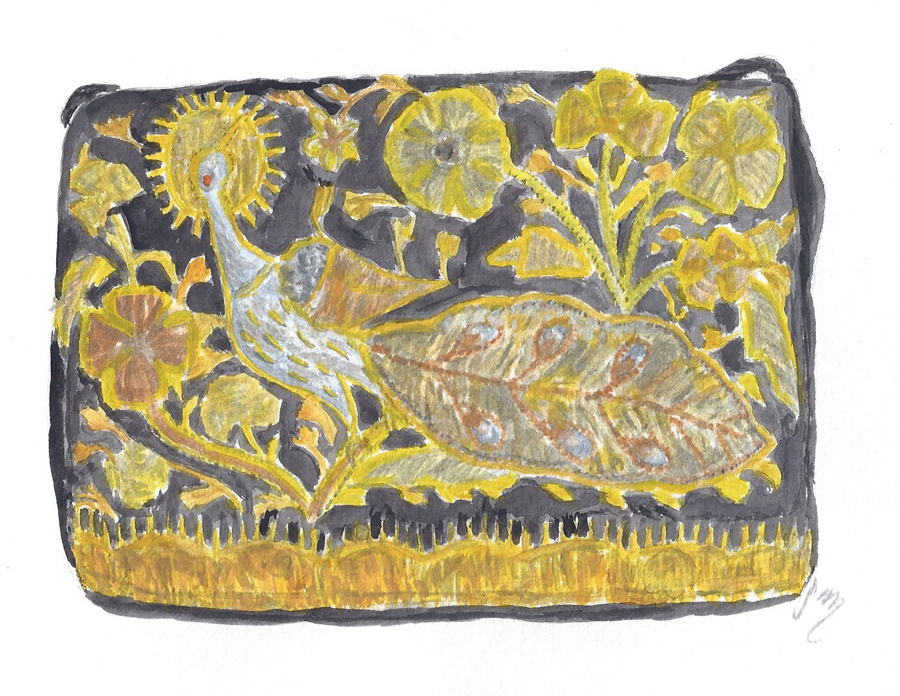 Fun in the Sunshine State: My Recs for Three Vintage Shops Worth Visiting in Orlando

After a week away in the Sunshine State visiting friends (which also ended up also turning into a near three-week hiatus from this blog–eep!) I thought it was worth posting about some of my sartorial adventures while away.

Yeah I know some people hear Orlando and think Disney or Citywalk. But I think…. vintage shopping! Thanks to my friends Andrew and Corie for thoughtfully bringing me to three different boutiques they instinctively knew I’d like. And here they are in no particular order….

The first thing you’ll notice about this vintage boutique is that it’s a bit cluttered, but in the good kind of way where it’s easy to pick up and try everything on like the hats and purses and there’s lots of goods to choose from. The items vary in terms of eras and last time I was there (also the first time which was a year ago) I left with a 1960s-era eyelet slip dress ($35) and a 1950s era gold-tone necklace ($18.) You can see a pic of me wearing both here.

This time though I left with a simple black straw hat ($22, not sure of when it was made) a red bead necklace with a rose pendant ($12) and a gold-tone floral brooch ($11) as well as a black velvet embroidered evening purse you see illustrated here. I believe it may be dated from the 1930s, though I forgot to ask so I can’t be sure. Due to some damage on the back of the purse, I got it for $35. I didn’t even ask for a discount, but the owner said she wanted to give me a deal because she hadn’t realized the velvet was scuffed in the back. Despite the imperfection it looks really well made so I’m glad I got it. Other items I ogled but didn’t leave with included 1940s-era fabric mary janes ($65)–super cute and black with a gold pattern but I knew my daily pounding of the pavement on the mean streets of NYC would have destroyed them within a day, and then there was a lovely leopard fur beret ($125). I’m actually having unbuyer’s remorse about the latter!

Orange Tree is actually more like an indoor flea market than a vintage shop. The space is absolutely cavernous in size with over a hundred cabinets full of thousands of curiosities from jewelry to household items like lamps, china and old signage. The cabinets are locked though so you have to ask for assistance to try something on, which I ended up doing with a pair of silvery glitter cat eye sunglasses from the 1950s. The $75 frames were also adorned with metal roses on the sides, though a woman working the counter seemed to think they were put on at a later date. The items in this store belong to a number of different sellers, but when I asked about the glasses, an employee seemed willing to haggle with me. (That particular seller wouldn’t have minded, she said.) I would have left with the lovely sunnies but upon trying them on a second time I realized they were too big and would have fallen off my face. Fortunately the ladies working there that day were nice about it, even though they’d gone to the trouble of traveling to the far end of the store to retrieve the goods from a locked cabinet for me. The only downside to this store, not that it’s such a big deal, is the mandatory bag check. All bags of any size have to be put into a storage locker in the front, which for some reason made me uncomfortable. But that’s just my own weirdness I guess. Whenever store employees tell me I have to check my bag, I’ll usually just leave. This store was worth it though.

Along with vintage, this pretty boutique also specializes in items that look the part but are in fact new-ish (five seasons old or less) and I immediately noticed a number of pieces from one of my favorite stores, Anthropologie. I must have browsed for a good half hour before trying on about a dozen pieces. I controlled myself though and only left with four things–a red plaid corduroy jacket from Anthropologie ($48 and so preppy and fun), a simple formfitting white slip ($11) and a 1970s-era halter maxi dress with a floral pattern ($28). I also got a peach colored dress with blue flowers I recognized as being from Urban Outfitters ($28). This was my favorite pick of the day because my absolute favorite dress is that very same one in black with red flowers (which you can see me wearing here) and I’d always hoped I could eventually find it in another color on eBay. It’s worth noting that I troll eBay for dresses at least twice a week and I’ve never found my UO treasure until my trip to Florida.

So there you have it, folks. Never give up on the brick and mortar shopping experience. Especially if you’re in Orlando, because not only are the racks of vintage not annoyingly over picked and overpriced like they are in NYC and even New Jersey, but the store owners are very knowledgable about what they stock and their stories are pretty cool. Additionally, they don’t seem to mind haggling and based on what I’ve seen, will keep their prices fair and respectful as long as you offer them the same.