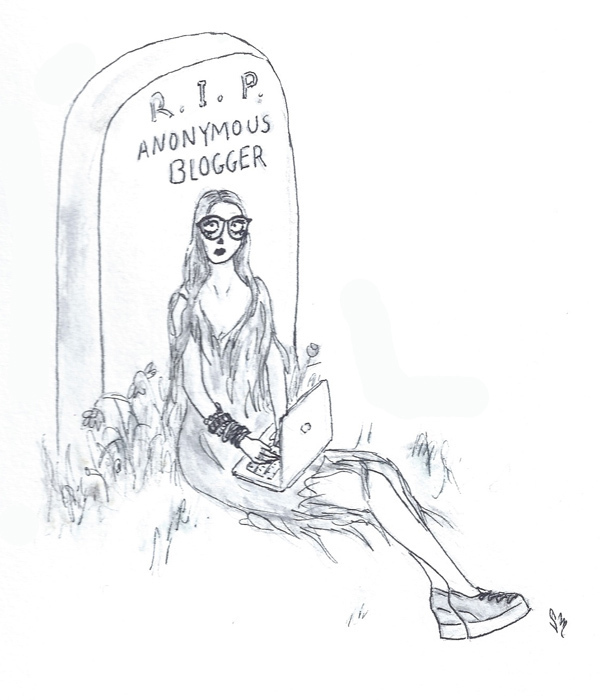 Should You Ghostwrite for a Blog?

Happy almost Friday, everyone. Pretty much right after I post this, I’ll be on my way to the airport for a much needed vacation to visit friends in the Sunshine State. I’ll be back in a week, but in the meantime, I hope you enjoy this article I wrote about ghostwriting, based on my own experience doing just this, and hopefully find it helpful if it’s something you’ve ever considered.

Every once in a while an ad will pop up on Craigslist for paid blogging work that’s more than the usual pittance of a fistful of empty promises. With competition for such gigs being fierce, it’s hard to resist signing up for the job, even if, once you do, you learn that you’ll be getting no credit for the work.

Another of way of saying, it’s a ghostwriting job, writing in someone else’s voice as someone else. Work for hire. No more, no less.

Should you do it? Well, that all depends.

I did it for a while for an established and respected fashion blog whose publisher was a star on the rise. Various media appearances and side-writing gigs just didn’t leave her all time she needed to continue regularly writing and researching and editing, and well, all the tasks it takes to make a successful blog a successful blog.

As someone who had never had any professional blogging experience before this or even a hobby fashion blog I was taking seriously, I was overjoyed at the opportunity to be part of this project.

After submitting some samples the blogger seemed to like, I was in. Before long, I was writing product reviews, teaser posts in e-mails, shopping tips and even the occasional indulgent fashion-police-like rant.

It was great fun and I learned a lot abut how to write for blogs. Previously I had only written for newspapers. But unlike at newspapers, where I always had a byline, here I just had a little bit of extra money and of course, the enjoyable experience of writing for a blog that I didn’t have to beg anyone to read. After a while, the blogger graciously started giving me a byline, without even being prompted. This was due to a change in direction where she was openly getting more contributors, as many commercial blogs tend to do, and there was no need to act like she was doing every little thing.

After over a year later though we ended up parting ways with her requesting less and less work from me and more from the other contributors. I admit I wasn’t putting in the effort into blogging I had in the beginning, mainly because I was so busy at my day-job, where I also wrote all day for a newspaper. So I didn’t blame her.  At that point I discovered that it’s actually quite stressful and at times overwhelming to do as a hobby on weekends and some evenings what you also do for a living during the day. Additionally if I’d stayed I would have also been made to sign an agreement not to write for any competing publications, like other fashion blogs, and I wasn’t comfortable with that commitment, since this was only a freelance gig. I had hoped at the time that the experience would lead to other paid fashion blogging or print work, and of course the contract would have put some limitations on that.

So again, to ghostwrite or not to ghostwrite? Again I say it depends. If you need the work, of course you shouldn’t turn down the experience. And even if you don’t, it could still be a lot of fun and if the blog has an established following, it eliminates the stress of having to build one, so you get feedback to your work via comments. Additionally, by working under an established blogger who makes her living that way, there’s no doubt you will learn a lot.

However, if you’re not getting any credit for your work, and you’re not getting money that is actually helping to support you, after a while, once you feel like you’ve found your writing “voice,” it’s probably time to move on and do your own thing. Or see if the publisher will rethink giving you credit, and, if you have one, a link to your own blog on that most sacred of sacred rosters–the blog roll.