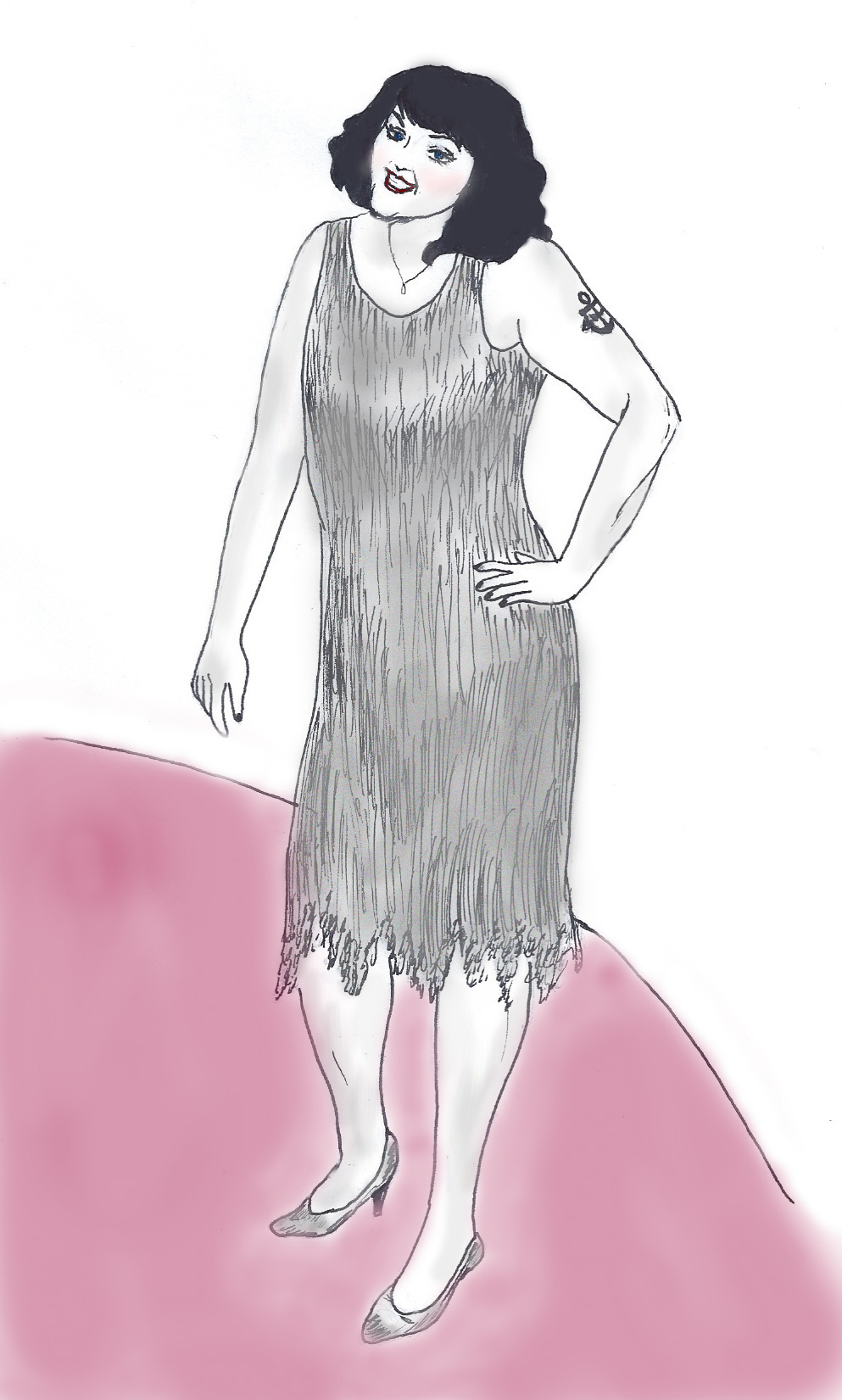 Happy Friday, everyone. Hurry up, weekend…

Also, before I get into discussing this post’s illustration, I just want to explain my near two-week absence from this blog. I’m not apologizing for it, as I often see bloggers doing for not posting enough, since I know no one’s been devastated by having one less blog to read. But I still want to explain what I’ve been up to since this blog is after all, very important to me at least. 1.) I’ve been working on a book project with my father-in-law, who’s an Elvis tribute artist, the details of which I hope to be able to divulge soon. And 2.) I’ve also made time for art, even though it hasn’t been on this blog. For the first time I created an illustration for the community newspaper I work for, Town & Village, which you can see here  if you like. It’s just a simple pen sketch to accompany an opinion piece, but I had fun doing it.

And now, onto the business of this week’s My Style Canvas illustration, which is a portrait of Beth Ditto, the lead singer of punk rock band Gossip. (And just to shake things up a little I dispensed with my watercolors this week, and painted this pen ink illustration using the most basic tools in Photoshop.)

As for the choice of my latest muse, all I can say is I love the fact that Ditto has become a full-fledged influencer in the world of fashion. I love that despite having a figure that’s far from skinny, she has had editors eating out of the palm of her hand as she’s a) walked the runway for Gaultier, b) posed nude on the cover of a magazine (the debut issue of Love),  c) designed a line of clothing for plus-size label Evans, and oh yeah d) blasted Karl Lagerfeld for calling Adele fat.

And hey not just anyone could do all this and be considered a muse and not just another self-promoting brat. It’s actually quite a coup. But there’s just something about the “I Wrote the Book” singer. Along with being a fearless dresser on stage and off (lots of little dresses in bright colors and perpetually heavy eye makeup) the 31-year-old singer also exudes a sense of playfulness mixed with confidence. Whenever I see pictures of her I can’t help but think of her as a modern day Betty Boop.

So… when I found this fab photo online of Beth dressed in a beaded, flapper inspired number at a photo op, I knew I’d have to illustrate it. I’m not sure if this portrait does justice to Ditto’s style, but even creating it made me want to go get a tattoo and a manicure so I captured the results I wanted in my head at least.