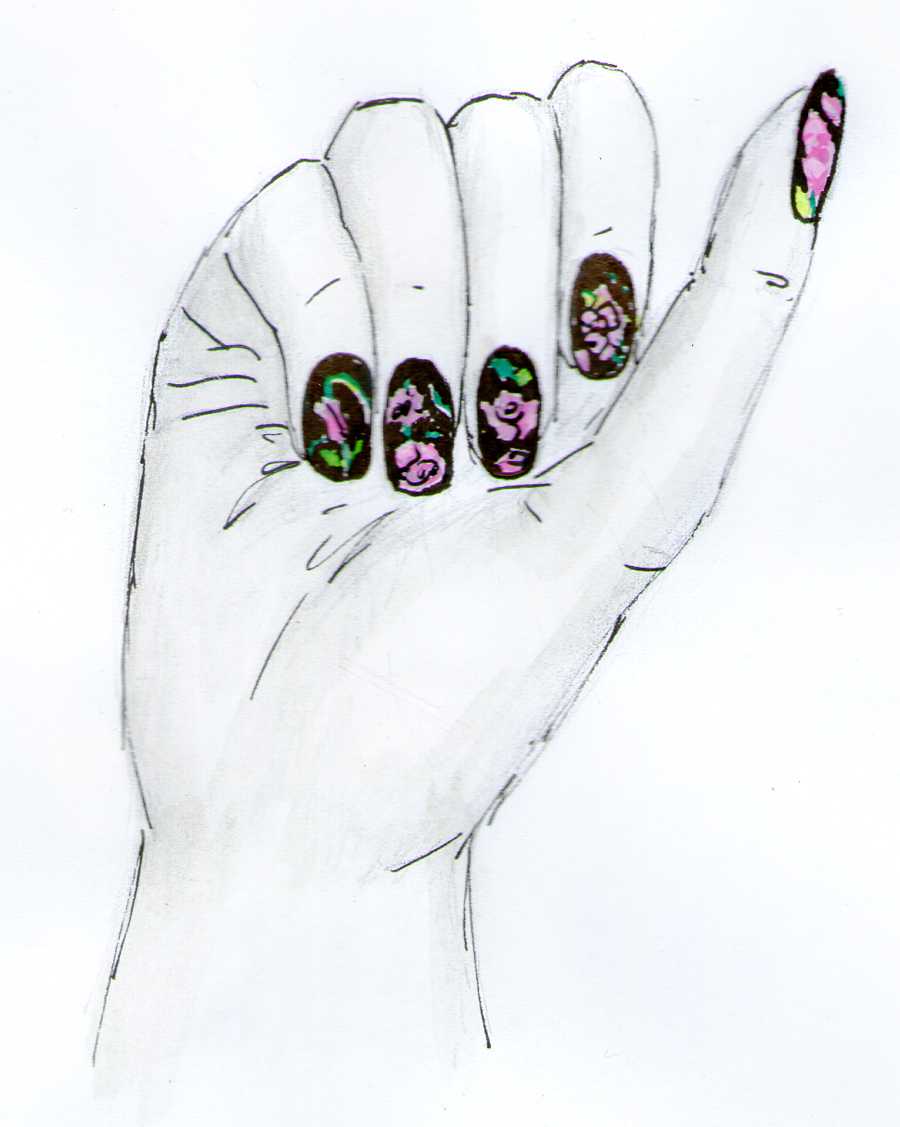 Nail Art Decals Sure Are Having a Moment

There was a time, not too long ago in fact, when nail art was considered the hight of tackiness, something, as Lucky magazine once put it, “so wants to be hot but never will be.” I tended to agree in almost all cases, as nail art was always either elaborate pictures made by airbrush on unnaturally long talons, or decals (often rhinestones or other trinkets uncomfortably jutting off a nail) struck me as trying way, way too hard to be attractive. And while elaborately arranged manicures have always been the working woman’s luxury, something affordable that still retained a touch of decadence, it still never managed to translate into being anything chic.

So I’m still wondering how it happened. How nail art managed to outgrow its awkward phase and develop practically overnight into a look that, when done right, not only looks pretty but pretty in a way that seems nearly effortless. I’m talking

specifically about nail decals and the endless designs that have been cropping up everywhere from drugstores to Etsy in patterns like leopard, flowers and solid with polka dot tips. The girls I’ve seen rocking the look tend to have short nails, and don’t seem to mind if the patterns peel a bit — the less perfect the better. It’s almost like a deliberate protest against the nail art that’s dominated the windows of nail salons. (You’ve seen it: the neon splatters lining

rows of square-shaped, acrylic claws.) But the one upside to those babies — the fact that they don’t chip in two weeks — still does not make them any match for this updated nail art look.

As for me, I haven’t yet done the decal deed, though I’ve been toying with the idea of going the DIY route and making my own decals. The reason for this is that pretty much all the patterns I’ve been lusting for are either sold out or just don’t exist. I’ve illustrated a few patterns here that I think would look nice on nails, and I’d love to know what you think of my floral design, my pentagram design and my spider on mint background design. I’m even thinking of putting a design or two up on Etsy. If I do, does anyone have any decal requests? Would you wear nail decals or other kinds of nail art?