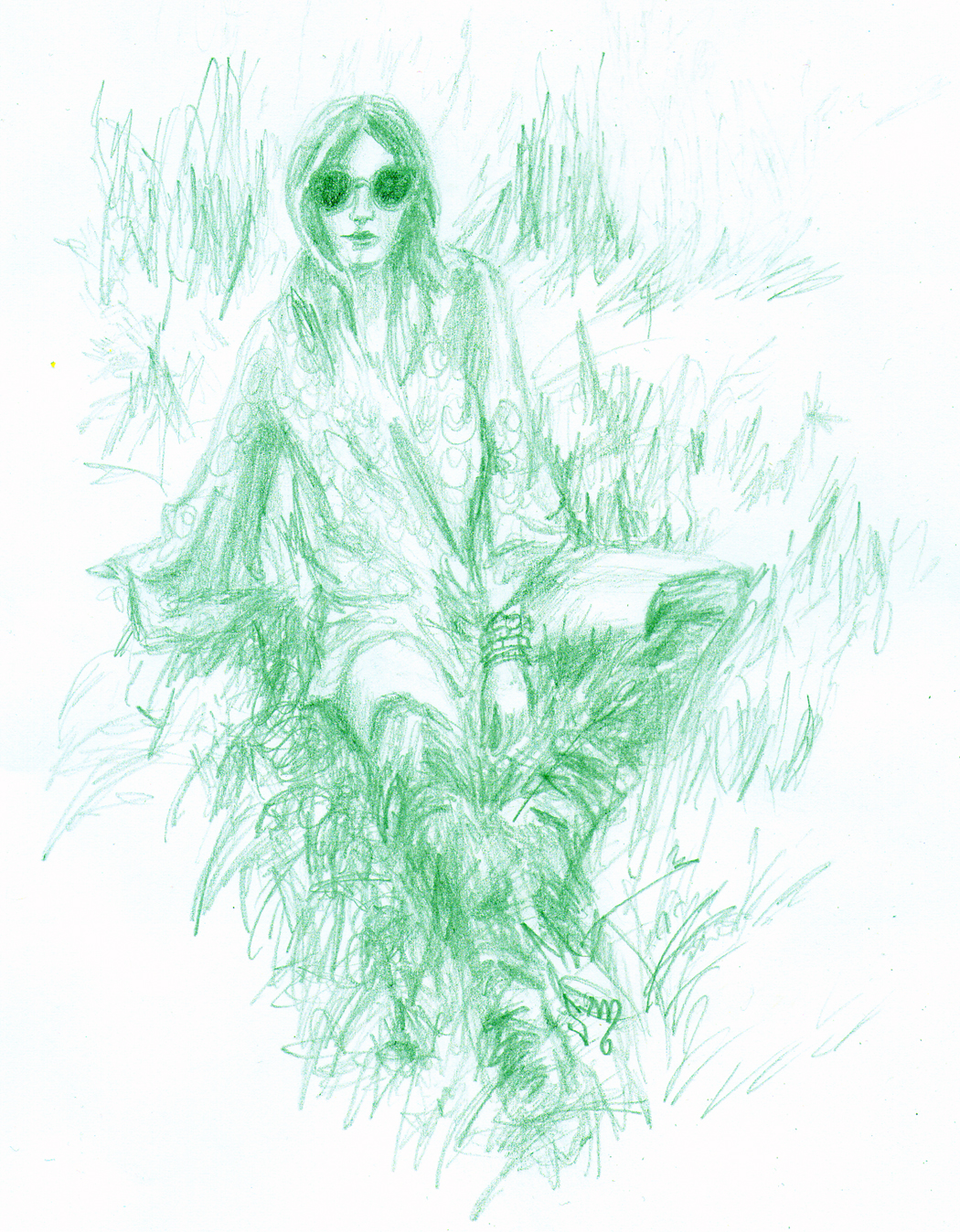 Yes I know I’ve pretty much exclusively doing watercolors lately, but today I felt like doing a simple pencil sketch, something with nice clean lines depicting a subject pretty enough on its own to not require much in the way of embellishment.

Fortunately, inspiration came pretty quickly today, thanks to a quick scroll through my Bloglovin’ feed revealing a new post by Ashley Glorioso. I’ve been reading Ashley’s blog, Purse N Boots, a while now, and I’ve become a huge of its publisher’s style, which tends to involve a lot of California biker gal meets ethereal wood sprite looks. Think lots of lacy little dresses or oversized flowy tops worn as dresses with tough girl boots and plenty of chunky jewelry (think lots of layered metal necklaces and multi-fingered rings.) Her looks always seem effortless though, like she woke up with all of those spikes and crosses, thanks to her two-tone hair, perpetually smoky eyes and a refreshingly laid back attitude. I thought this illustration, which was inspired by a photo from an outdoor shoot she recently posted, captured the overall vibe of her blog, which you can check out here.