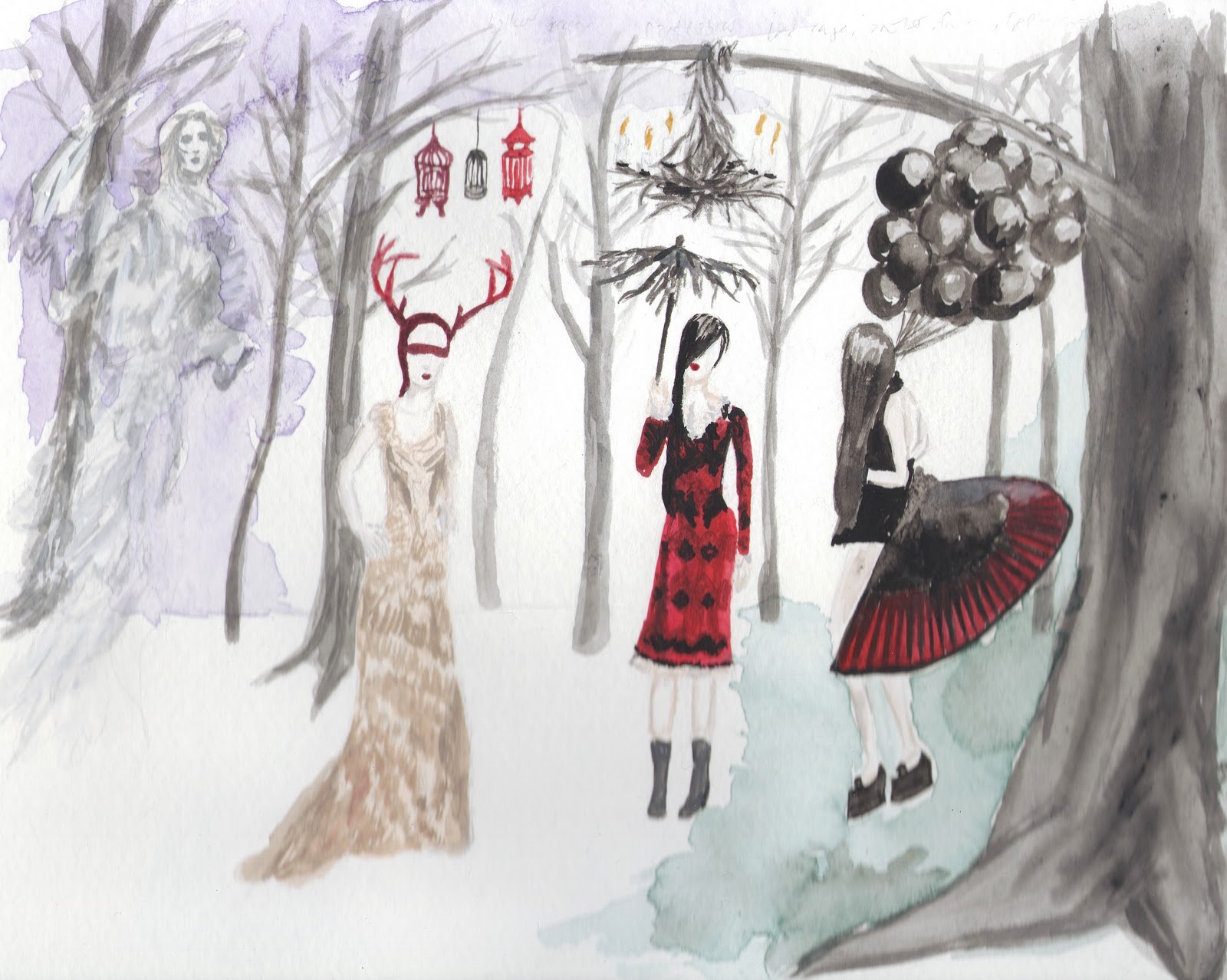 Work in Progress: The Three Witches of McQueen

Ever since I saw that Alexander McQueen: Savage Beauty exhibit at the Metropolitan Museum of Art in August, I wanted to do some sort of illustration paying homage to the work. But at the time this was impossible, since I was stopped twice from sketching the exhibit–and nearly kicked out. One girl actually did get thrown out for that reason… turns out she was a former McQueen intern.

But anyway more recently, I was inspired by something else, specifically Macbeth. I was sitting in a Shakespeare reading group and well… now you have my latest piece… The Three Witches of McQueen. It still needs some work, but already you can get the idea. The three girls in the wintry forest (my witches) are all wearing different McQueen dresses, while the ghost-like form on the left (Hecate, the witch queen) is based on a hologram of Kate Moss. That hologram, of Kate in a flowing white gown, was also part of the Savage Beauty exhibit.