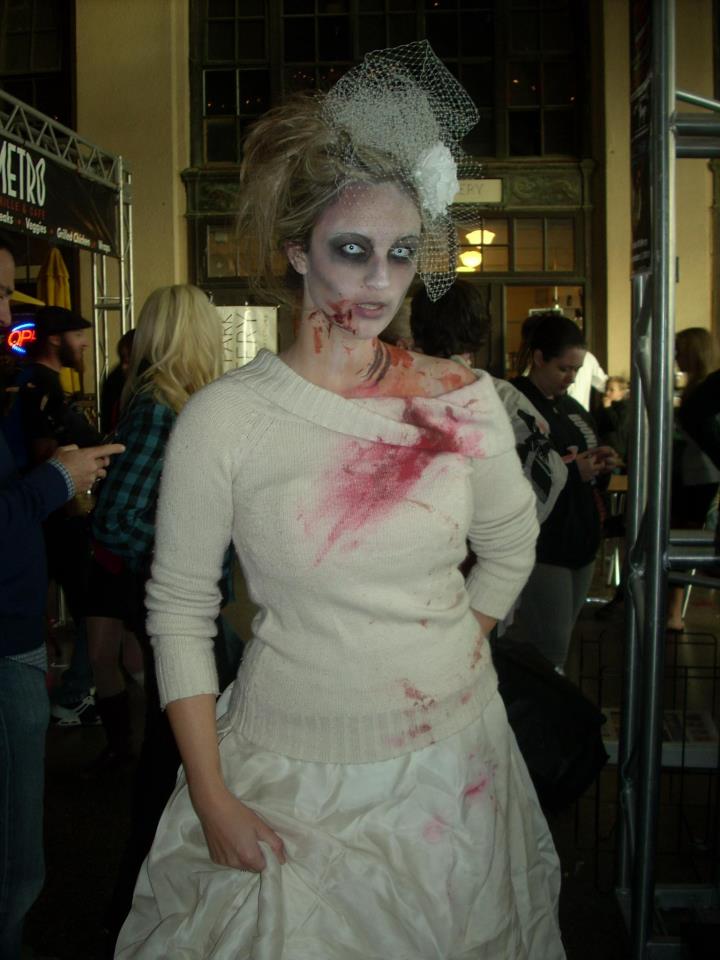 I didn’t get to make a fashion illustration post this weekend since I was otherwise occupied, turning innocent people into zombies. Or more specifically I was assisting my husband, who does special effects makeup, making dozens of people up as zombies at the annual Zombie Walk in Asbury Park, NJ. If you’re not familiar with the event, essentially, thousands of people get together while dressed in tatters and made up to look like the undead. Participants then get into–and remain–in character moaning about brains. Breaking character is only acceptable when admiring others’ creepy looks. I heard this year the Asbury Park walk, which broke Guinness World records last year for having the most zombies (around 5,000) grew to around 12,000 this year.

So… while I know this isn’t the sort of thing I’d normally post, here are a few of my pics from Zombie Day on Saturday, October 22, 2011. (Click to enlarge.)

Zombie bride
More well dressed zombies
Steam punk zombies
One of my zombie makeup victims
Another made up zombie
And last but not least, me with my friend Stephanie, both of us made up by the huz whose work will be keeping us very busy this week. Not complaining though. It’s truly the most wonderful time of the year.
← Prev Next →