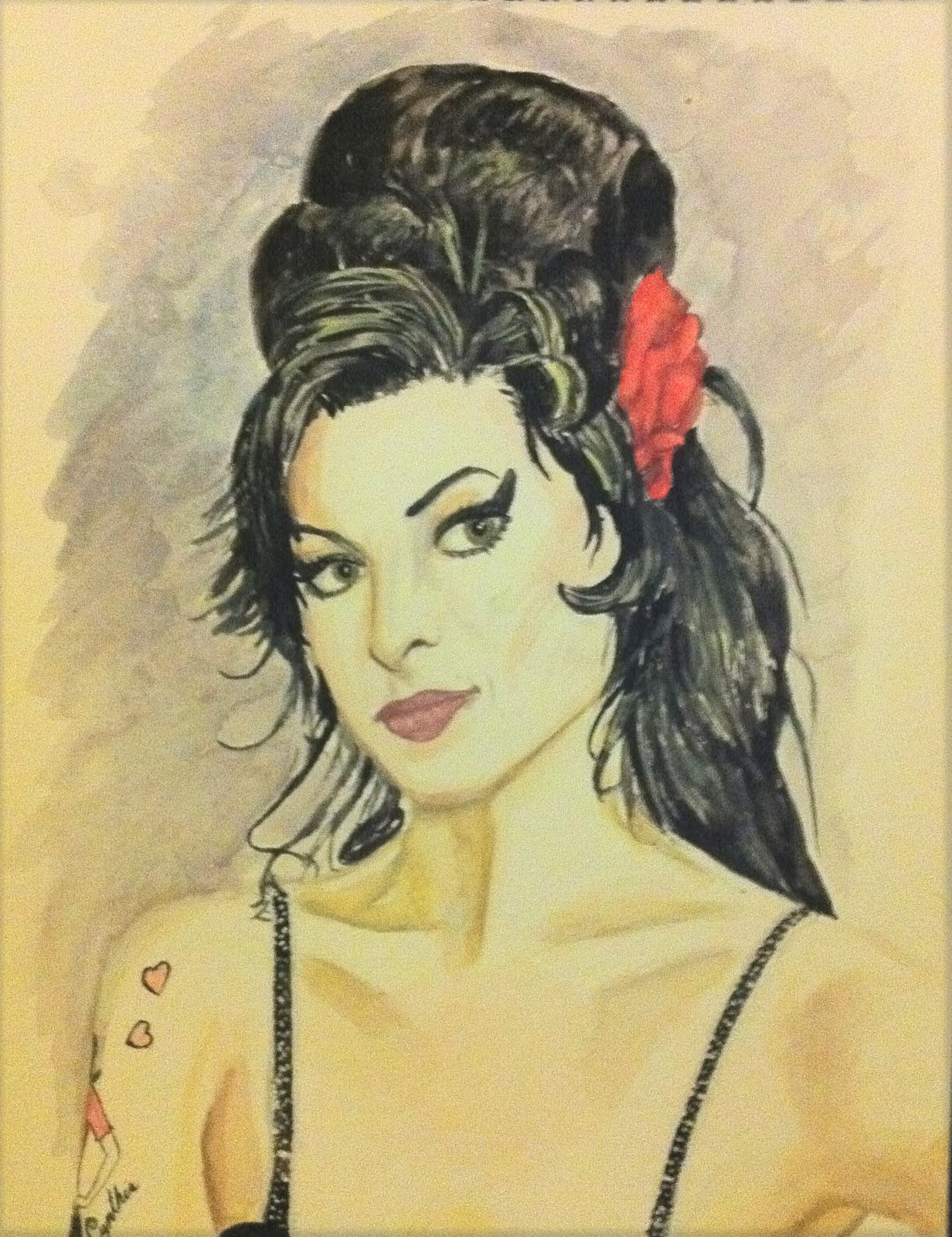 As the title of this post states, the theme here is Amy Winehouse: Before. That is, before she was overtaken by her demons: drugs and fame. I won’t bother with an Amy: After picture, since the internet is littered with photos just like that of her, appearing at best intoxicated, at worst completely lost. In fact, the first time I saw how pretty Amy actually was, in the picture on her album, “Back to Black” on vinyl, I was shocked. Her youth, coupled with just a bit of street smarts and of course her own, 1960s pinup inspired style, is what I hoped to capture here. This illustration ended up coming out a bit more cartoony than I would have liked, but I suppose that’s not a big deal.

As for Amy, it’s tragic that she didn’t stick with rehab the many times she started it. Hopefully her death will come as a wakeup call to others who are similarly situated. R.I.P.

Reminder: If you haven’t put your name in for my giveaway, what are you waiting for? The prize is a custom illustration of you, and there’s six days left to participate.